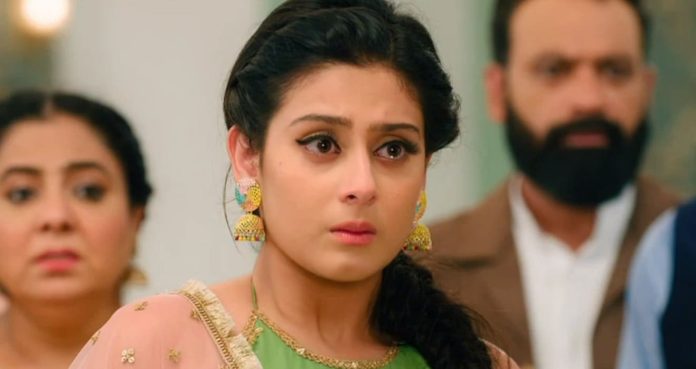 Udaariyaan Jasmin’s evil move 13th July 2022 Spoilers Udaariyaan episode spoiler – Jasmine plays her game Jasmine informs Gurpreet that Fateh and Tejo’s marriage is illegal. She gets shocked. Jasmine says that if anyone complained about them then their marriage will not be taken into consideration. Fateh helps Tejo to wear her sari. They both smile and enjoy their romantic moment. Jasmine thinks that her manipulation has surely worked on Gurpreet. Gurpreet is lost in thoughts.

Kaamnaa episode spoiler – Vaibhav strangles Niharika:
The doctor informs Akanksha’s mother that she is in the last stage of asthma cancer and nothing can be done now to improve her health. Niharika, Yatharth, and Sakshi are shocked to see Akanksha’s condition. Yatharth turns emotional. Vaibhav secretly comes into Niharika’s room and strangles her.

Jashn and Jahan trick Soumya that there is a lizard and she looks back. Her hand gets stuck and she struggles to remove it but doesn’t succeed. They both place a hat on her and call her a joker. Soumya becomes upset seeing her son’s upbringing.

Shubh Shagun episode spoiler – Shubh confesses to Shagun:
Shubh scolds Navya and bangs his hand on the mirror. Shagun says that she is responsible for all this and will make everything perfect. She goes to the terrace and is about to jump off. Shubh stops her but she asks him to let her die. Shagun says that if she dies everything will be fine. Shubh confesses that he cannot be happy without her as she is his strength. Shagun is surprised.

Sirf Tum episode spoiler – Anshul is dead:
Ranveer is heavily drunk. Suhani asks Ranveer to let Asha pay her last respect to Anshul. Asha is in shock. He says that Anshul was her husband before and she must also be feeling bad. Suhani says that he is speaking useless things and she doesn’t have anything left to say to him. She says that she is taking her belongings and leaving his house.

Spy Bahu episode spoiler – Drishti in trauma:
Drishti wears Farid’s uniform and attacks Arun. He pushes her but Sejal saves Drishti. Sejal questions Arun about what if anything would have happened to Drishti’s baby. He doesn’t care and asks her to abort the baby. Sejal calms Drishti and warns Arun to behave or she will forget that he is her father-in-law. Arun goes to slap Sejal.