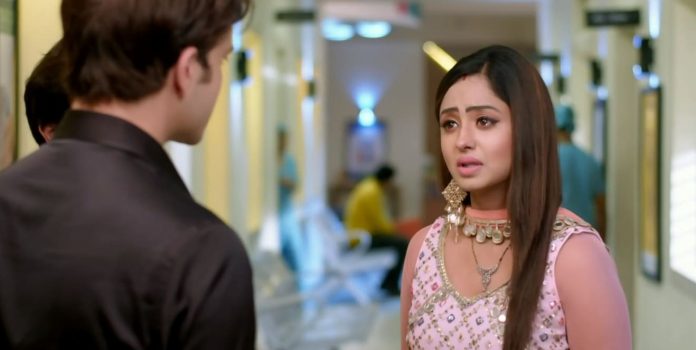 Kumkum Bhagya Ranbir startles Rhea 18th July 2022 Aaliya upsets Rhea saying Prachi will stay in the house and Rhea will be out. Pallavi asks Ranbir to abort Prachi’s child. Dida asks Pallavi how can she ask her son to abort his wife’s child, when she is herself a mother. Ranbir tells Rhea that he is proud of Prachi’s pregnancy, while he thinks Rhea’s pregnancy is a mistake. He doubts that she is pregnant or not.

Punyashlok Ahilya Bai:
Gunu ji provokes Khanderao to take the decision without consulting Malhar to make Khanderao commit a new mistake. He thinks Khanderao isn’t stepping ahead in the right direction and want to further push him to bring a huge threat on Malwa. He praises Khanderao for his decision. He asks Khanderao to ask Malhar about the decision taken in the Darbar as a formality to get it accepted by the King. Khanderao feels offended. He tells that if he had to ask Malhar for everything, then what is he doing on the throne. He tells that he is the ruling King right now and doesn’t need to ask anything to Malhar. Gunu ji just wanted to hear this. He gets happy seeing Khanderao fooled. On the other hand, Malhar and Ahilya sense a huge danger surrounding Malwa because of their new enemy. Malhar wants Ahilya to use her wisdom in protecting Malwa.

Arjun meets Ajit to talk about the illegal Dhaba land. They both get into a fight. Vikram lies to Yug about Swaran, that she has gone to Gurudwara. Yug asks him why isn’t she answering his calls. Vikram makes stories. Nimmo and Kiran reach Vikram to tell him that he can’t sell the entire house if he is going to the US. Vikram tells that he won’t tell anyone about his plans. Kiran asks him to call his wife and daughter to India than going abroad. He tells that he doesn’t have a job. Nimmo asks him to handle Swaran’s business. Kiran wants him to just say yes. Vikram gives it a thought.

Uma and Katha really feel blessed that Kabir has come in their lives. They praise Kabir. Manyata decks up Katha and compliments her. She tells that the mahurat is after 30 mins. Kabir takes the baraat to Katha. Yuvraj tells that he will not let Kabir and Katha’s marriage happen at any cost. He burns their picture in anger.