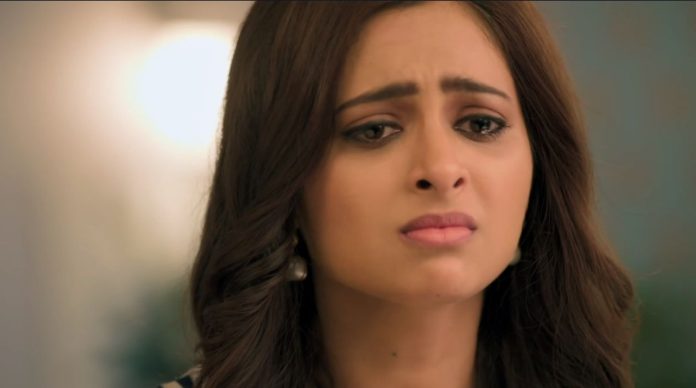 Yeh Rishta Aarohi new goal 22nd July 2022 Update Akshara sees a lot of people standing together in between the road. She wonders why. Her auto stops there and she hears people talking about the accident victim. When people recognize the victim as a famous doctor who works in a big hospital in the defence colony, Akshara starts getting worried. She goes to check the victim and gets shocked seeing Abhimanyu unconscious. Akshara also sees Aarohi trying to wake up an unconscious Abhimanyu. She asks Aarohi what has happened to Abhimanyu.

Aarohi runs to get her car. Akshara feels guilty and blames herself for Abhimanyu’s miseries. Unintentionally Aarohi and Akshara reach Harsh’s house for help. Harsh gets worried for unconscious Abhimanyu, knowing that he met with an accident. Abhimanyu is taken to Birla house. Later, a crying Akshara is trying to wake up Abhimanyu. Anand is seen telling Birlas and Goenkas that Abhimanyu looks fine for now. He says rest he can tell after examining conscious Abhimanyu. Manish and Parth ask Anand how this accident happened as Abhimanyu usually drives very carefully.

Aarohi tells everyone that today Abhimanyu was driving weirdly. She says it seemed like Abhimanyu didn’t have a grip on the steering wheel. Shefali says even through the traffic CCTV footage, it seemed that Abhimanyu’s car was out of control. She tells everyone that through the CCTV footage she got to know that Aarohi saved Abhimanyu’s life by putting her own life at risk. Shefali says Abhimanyu could have died in the blast if Aarohi wouldn’t have brought him out of his car on time. Goenkas feel proud of Aarohi, while Manjiri feels thankful towards Aarohi.

Suhasini says like God saved Abhimanyu’s hand, he/she will make everything fine soon. She asks Manjiri to think that God is testing their trust/beliefs. Crying Manjiri folds her hands and thanks Aarohi. Aarohi asks Manjiri to not fold hands in front of her. She says that it’s a big thing for her that everyone trusted her this time and didn’t consider her wrong. Manish tells Aarohi that he is proud of her as she saved Abhimanyu’s life even after what happened in the past few days. Aarohi tells Manish that her issues with Abhimanyu are different and it doesn’t lessen the value of anyone’s life in her eyes. Goenkas feels proud of Aarohi.

Manjiri blesses happiness to Aarohi. Anand addresses Aarohi as Dr. Aarohi and thanks her. Aarohi reminds Anand that she is not a doctor anymore for at least a year. Kairav tells Aarohi that after this one year gap, his sister will surely become a big doctor. Aarohi pretends to be smiling and normal in front of everyone. Even Neil and Parth thanks Aarohi. Kairav worried for Akshara and Abhimanyu. Crying Akshara kisses Abhimanyu’s injured hand. Abhimanyu requests Akshara to not blame herself for his misery. Akshara reminds Abhimanyu that the heavy table fell on his hand while saving her from the fire incident and thus she is to be blamed for his hand injury.

Reviewed Rating for Yeh Rishta Aarohi new goal 22nd July 2022 Update: 3/5 This rating is solely based on the opinion of the writer. You may post your own take on the show in the comment section below.