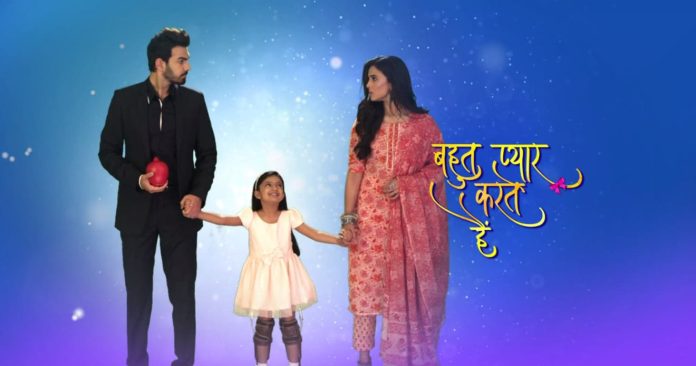 Bohot Pyaar Karte Hai Channa Mereya Naagin 6 spoilers Woh To Hai Albelaa episode spoiler – Sayuri leaves Kanha Kanha brings Anjali to the Choudhary mansion. Sayuri packs her bag and prepares to leave. Kanha asks her where is she going at night. She says that she is going to her mother’s house. He asks her why and Sayuri tells him to understand. Kanha says that she is not understanding him. She asks him what is she not understanding. Kanha confesses his feelings but Sayuri says that she doesn’t love him. Kanha is shocked and Anjali smiles.

Kaju thanks Neel’s family for giving her a home to stay and a family’s love. She takes her bag and leaves. Neel goes after Kaju but Sonia stops him. Kaju cries and looks at Neel. Neel becomes upset. Sonia pushes Kaju’s bag and bangs the door in her face. Kaju looks around and cries more.

Bohot Pyaar Karte Hai episode spoiler – Sameer’s revenge:
Vivaan warns Sameer that if he boils himself at 100 degree then he will suffer a brain hemorrhage. Vivaan provokes Sameer. Indu and Ritesh dance closely on a romantic number. Sameer becomes angrier. He spikes a drink and says that now Ritesh is laughing but later he will cry.

Channa Mereya episode spoiler – Ginni shouts at Aditya:
Aditya asks to stop the work and warns that nothing will start till he reaches there. He informs Ginni that food is not made with love but passion. He teaches Ginni and asks her to saute the ingredients. Aditya gets close to Ginni and teaches her to catch the spatula in a different angle. Ginni confronts Aditya and he asks her to speak with her brother. She says that he will never get her dhaba. Ginni declares that she is quitting.

Muskurane Ki Vajah Tum Ho episode spoiler – Katha meets Rahul:
Yuvraj falls on Katha’s feet. Kabir tells her that he is her culprit and asks to punish him. Kabir asks Yuvraj to show his face to Katha and he looks up. Katha is taken aback to see him. She calls him Rahul in utter astonishment.

Naagin 6 episode spoiler – Shakti attacks Pratha:
Pratha determines to protect the Naag mahal at any cost. She says that all her game plan is made to destroy Rishabh. Shakti pushes Pratha on the bed and tries to force himself upon her.