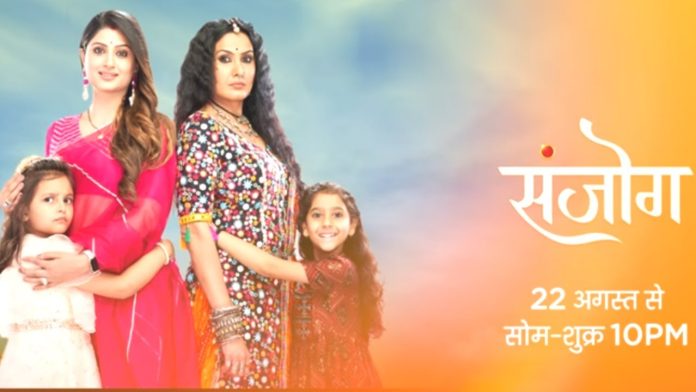 Sanjog Udti Ka Naam Rajjo Upcoming New Shows Sanjog – Tara’s arrogant nature Amrita brings Tara to the temple on the occasion of her birthday. She informs the priest that Tara has become 7 years old today. Amrita asks Tara to give gifts to the under privileged kids but she stamps on the gift and goes away. Amrita informs Tara that on birthdays gifts should be given as she will receive blessings. Tara says that she doesnt want anyone’s blessings. Amrita is stunned. She goes to hug her but Tara is pissed.

Sarkaar Saheb gets out of his car and asks his men to shoo away the cows. Bindiya asks Sarkaar Saheb if mother cow should be treated in this way. He removes his glares and looks at her. Bindiya asks him to treat them with love and makes a sound. The cows go away. Sarkaar Saheb’s car gets spoiled and Bindiya comes to his rescue. She ties a rope to his car and drags it with a help of a bullock cart.

Everyone cheers for Rajjo. She prepares herself to take a big leap. She succeeds at taking a high jump and lands smoothly. Rajjo wins the competition and everyone claps for her. She shows her medal to her mother but she slaps her. Rajjo says that she doesnt fear her slap but her love. Rajjo hugs her mother and says that she will never leave her passion. A flood comes and Rajjo gets separated from her mother. Arjun saves her.

Jyothi tells Shankar that there is a romantic weather outside but she is only looking at the window. Shankar is embarrassed. She tries to get close to him. Paro wanders in the heavy rain with her bag. Rambha warns Mohini that the danger is not over yet and she is resting. Mohini says that Paro cannot escape her heavy rains and thunder. Paro shivers and sits under the tree.

Shubh Shagun – Shubh’s paternity test
Yug informs Shagun that the child belongs to Shubh but he is unable to accept it. He asks him if she doesnt feel ashamed for doing this. Shubh says that the child is not his. Yug brings a paternity form and asks him to sign it to clear things. Shagun asks Shubh to prove himself. Shubh becomes furious.