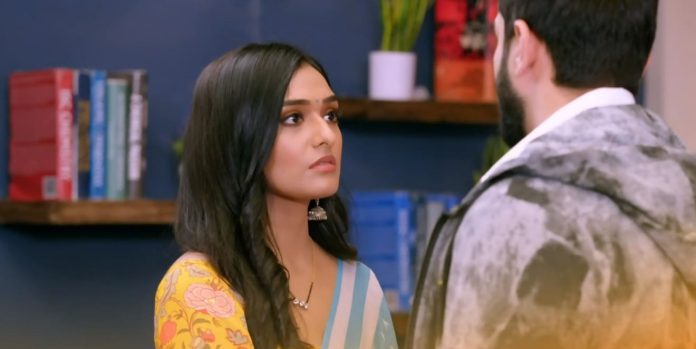 Bhagya Lakshmi RishMi romance 27th July 2022 Spoilers Bhagya Lakshmi episode spoiler – RishMi’s romance Rano tells that Lakshmi is at their house because of her destiny and no one has the strength to remove her from the house. Neelam is shocked. Karishma says that they don’t treat Lakshmi more than a servant still she is staying in the house. Neelam says that she will not allow to have family and their house in Lakshmi’s destiny. Rishi goes to defend her but she stops him. Rishi holds Lakshmi’s hand and looks into her eyes.

Yeh Rishta episode spoiler – Abhimanyu turns aggressive:
Akshara says that till Abhimanyu’s hand doesnt heal she will not think about her career. Abhimanyu asks her whether she values his dreams or not and pours water on the pan. Akshara asks him what was that and he says that he has only poured water but she has destroyed his dreams. Abhimanyu turns extremely aggressive.

Anandibaa informs Aarav that Emily could not complete the fast on time and so as decided she has to leave the house. Aarav and Emily are stunned. Pinky and Gunjan are overjoyed. Kanchan tells Anandibaa that Emily did all the rituals but she says that now her decision will not change.

Pandya Store episode spoiler – Dhara in trouble:
Dhara sees a woman with a baby walking in the rain. She moves towards the truck and Dhara runs to save her. All three of them fall down and Dhara gets hurt. The baby starts crying and Dhara tries to wake up the woman. The woman is unconscious and doesn’t respond. Dhara calls out for help while trying to make the baby quiet.

Yeh Hai Chahatein episode spoiler – Preesha in Shimla:
Rudraksh and Saaransh become worried as Ruhi goes missing. Saaransh sees Preesha going in the car. Everybody searches for Ruhi but does not find her. Saaransh says that he knows he hurt Ruhi and determines to bring Preesha back. He is sure that if Preesha comes then she will also come back. Preesha demands separate rooms from Armaan but he says they are husband and wife. Rudraksh and Saaransh decide to go to Shimla.

Channa Mereya episode spoiler – Ginni finds lease of contract:
Ginni’s mother asks her to sign on tomorrow’s order but the papers flies due to strong winds and falls into the fire. She removes the papers and realizes that it is a lease of contract and they have got the contract after their daba was given on rent. Ginni fumes in anger and blasts Aditya. He tries to provoke her against her family. Ginni quits his job.

Muskurane Ki Wajah Tum Ho episode spoiler – Katha pushes Yuvraj:
Kabir asks Yuvraj to apologize to Katha. Yuvraj is reluctant and Katha stares at him angrily. Yuvraj goes to touch Katha’s feet and brushes past her. Katha pushes him in anger and he slips backward.