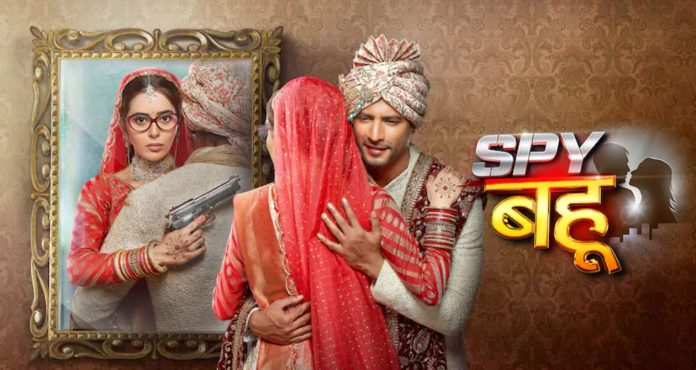 Spy Bahu Appnapan SSK Meet Top 6 Spoilers Spy Bahu episode spoiler – Maera’s game Yohan tells Sejal that Maera used to be important for him but she cannot take her place. He tells Maera that she was his past but Sejal is his present and future. Maera says that nobody has seen future and burns her hand. Yohan takes care of her. Sejal sees this and becomes jealous.

Simar asks Geetanjali Devi to give her a chance to change Ishita. She says that she will make her a part of the family. Simar promises to make Ishita worthy of their house and seeks permission from Geetanjali Devi. Simar welcomes Ishita and Reyansh. Ishita kicks the kalash very hard and everyone are shocked.

Armaan says that as the kids have holiday he will take them to the office and spend some time. Prisha doubts seeing them in traditional outfits. She goes to the office. Armaan asks Prisha why did she come here. She says that this is her office only. Armaan stops her and says that he and Soumya will sit as they are starting a work together.

Appnapan – Badalate Rishton Ka Bandhan episode spoiler – Pallavi breaks down:
Pallavi tells Ranveer that they are her kids and not a piece of land to make a case on. Pallavi cries and says that she always lived for her kids and now also she is struggling for them only. She confesses that she cannot remain strong any longer. Harsh says that this is the last party of their lives.

Mrs. Meet sits near her mother’s feet. She says that she has to remain Manjiri till she reaches her goal. Manushi opens the door and sees this. Mrs. Meet cries and asks her mother to always bless her. She eats her mother’s handmade prasad. Manushi is stunned to witness all this.

Shagun comes disguised as an old doctor and asks Shubh not to interfere. She says that Naina is a mad girl and she will do treatment on her. Shagun says that she will give an injection to Naina and she panics. Dr Vijay attacks Yug with the help of his men. He taunts him that he must roam with security as he is a millionaire.