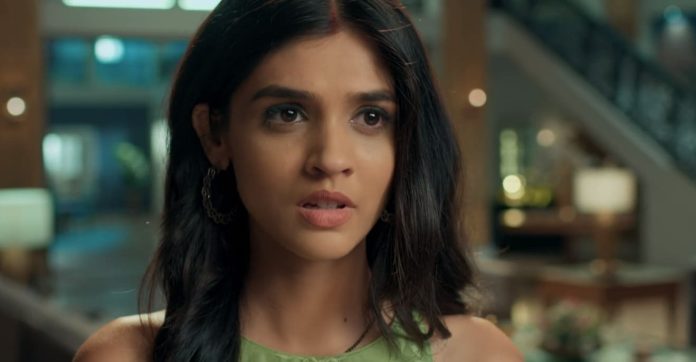 Yeh Rishta 27th July 2022 Written Update Akshara on mission Abhimanyu ruins Akshara’s kadha procedure. He tells Akshara that if she wants to become goddess of sacrifice, then he will also become a physco and do whatever he wants to do. Abhimanyu also tells Akshara that he won’t even listen to her in the matters related to her. Akshara tries to make Abhimanyu understand that she is not at all sacrificing her career but giving priority to his health first. She tells Abhimanyu that a surgeon’s hand is equal to a God’s hand.

Akshara cleans the ruined kadha and starts making it again. Emotional Abhimanyu hugs Akshara and increases the stove level. Akshara requests Abhimanyu to forget about all this for some time. At Goenka house, Suhasini tells Manish and Swarna that she is thinking about organizing a Grih Shanti pooja at home. She says it seems like an evil sight has casted over everyone’s peace and happiness. Akhilesh comes there. Suahsini says Abhimanyu’s hand got severely injured, Akshara’s singing dreams stopped in between and the good marriage proposal for Aarohi broke. Manish says Kairav doesn’t let anyone discuss his marriage.

He also says that even marriage proposals that come for Vansh don’t work or proceed further. Swarna says that they should ask Kairav to talk to Anisha freely and know what is in her heart. She says they should know if they should wait for Anisha or think of getting Kairav married to someone else. Kairav comes over there. Family asks Kairav to confirm to them if he and Anisha are even thinking about marriage or not. Kairav tells his family that even he and Anisha both are still not confirmed, if they are in a relationship or not. This shocks Goenkas. Kairav leaves disappointed. Akhilesh says why Anisha has stuck Kairav in the middle of nowhere. Manish says it seems that even Kairav is very confused with his and Anisha’s relationship.

She says maybe Abhimanyu’s hand’s surgery becomes a reason for Dr. Kunal’s comeback. Anand explains to Akshara that all this depends on the artist. He says whatever may be the reason behind the surgeon leaving his practice, he/she will need a bigger reason for his/her comeback or to change his or her decision. Akshara tells Anand that Dr. Kunal is a human too and they can’t lose hope without asking him once. She requests Anand to try fixing a meeting with Dr. Kunal once. Abhimanyu tells Akshara that it’s fine. He thanks Anand for trying and leaves.

Anand and Akshara get tense seeing Abhimanyu getting mentally and emotionally disturbed due to less hopes and chances of his hand getting back to normal. Anand asks Akshara and Manjiri to not feel tense as he is sure that they will find some solution for sure. He says everyone including Harsh is researching for a solution for Abhimanyu’s hand’s injury. Mahima asks Anand if he got in touch with another doctor whom Harsh found. Anand says conversation is going on and he is hoping for good news. Mahima says sometimes we give pain to ourselves to save a person whom we love a lot. She even says Abhimanyu’s hand for several injuries in the process of saving Akshara.

This hurts Akshara and she feels more guilty. Akshara requests Anand to let her know when the doctor found by Harsh can meet them the earliest. Akshara tries cheering up and motivating a disturbed Abhimanyu. She tells Abhimanyu that a known surgeon is coming home tonight to examine his hand injury. At night, the doctor found by Harsh comes and checks Abhimanyu’s hand scans. Abhimanyu requests this doctor to answer his questions in percentage. Doctor agrees to do so. As per Abhimanyu’s questions, the doctor answers. He tells Abhimanyu that his hand nerve is 70% damaged, recovery chances are 40%, risk in his hand’s surgery is 90% and chances that his hand will always remain non-working are 95% and maybe more. This shocks everyone including Abhimanyu.

Broken Abhimanyu tries consoling a crying Manjiri. Abhimanyu goes to his room and feels disturbed and angry. Akshara goes behind Abhimanyu. He tries writing or noting the results this doctor told him. Akshara too feels disturbed seeing Abhimanyu broken. She recalls Abhimanyu’s hand getting injured while saving her and how he tried to hide it. Akshara also recalls Anand telling about Dr. Kunal Khera, who has 100% success rates. She gets determined to find Dr. Kunal Khera anyhow. At Goenka house, Kairav recalls his family asking him to get married and settle in his life with a life partner.

Kairav tries calling and texting Anisha. He expects a reply from Anisha about if she wants to keep their relationship or not. Kairav feels that both he and his family are getting worried with his and Anisha’s relationship confusion. Manish and Swarna come to Kairav. At Birla house, Akshara recalls what the last doctor told about Abhimanyu’s hand’s recovery chances. She also recalls seeing Abhimanyu broken and disturbed. After recalling what Anand told about Dr. Kunal Khera’s speciality and 100% success rates, Akshara starts searching for Dr. Kunal Khera on the internet. When Akshara doesn’t find anything about Dr. Kunal Khera on the internet, she decides to not lose hope, thinking Kunal will be found soon.

In the next episode, Abhimanyu will take Akshara to the auditions of India’s Magical Voice. Akshara will start singing a beautiful song. Abhira will be very happy when Akshara will be declared as the winner of this round. People or other participants will start taunting and accusing Akshara of using Birla’s name, power and money to get back door entry to auditions and to become a winner. While Aarohi will be happy hearing this, Abhimanyu and Akshara will be shocked.

Reviewed Rating for Yeh Rishta 27th July 2022 Written Update Akshara on mission: 3/5 This rating is solely based on the opinion of the writer. You may post your own take on the show in the comment section below.