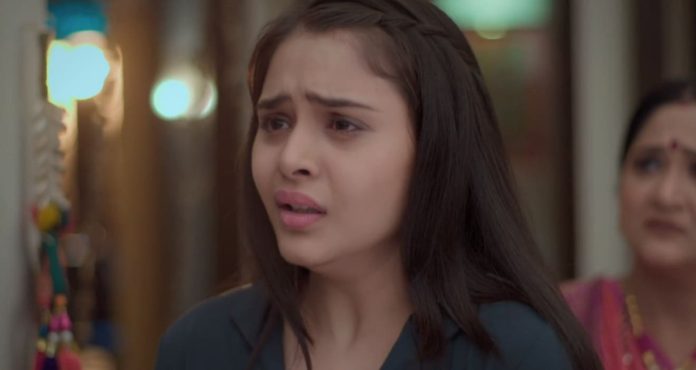 Anupama Pakhi hurtful act 29th July 2022 Star Plus Spoilers Anupama episode spoiler – Pakhi’s bitter words Pakhi tells Anupama that when she didn’t have anything she was perfect in every relation but after becoming a Kapadia she became egoistic. Anupama cries. Pakhi says that Vanraj never valued her and Anuj dances to her tunes. Anuj drives the car and thinks that Anupama has suffered enough and now it’s too much. Anupama tells Pakhi that she wants a mother who is helpless and timid.

Gunjan informs Anandibaa that she spoke with Aaghya and Jaybala aunty is not with him. Anandibaa is stunned. Gunjan asks Anandibaa what if Jaybala met Emily outside. Jaybala orders that no one will speak anything as the matter is between her and Anandibaa. She says that she feels ashamed to know that Anandibaa broke her own rule.

Aryan tells Imlie that this time she has to bend as he will not leave without the apology letter. She asks him to buy a house in Pagdandiya as she will not apologize. Aryan asks her to not be adamant as she will destroy everything. Imlie says that she doesn’t fear anything. Aryan declares that the game begins.

Pulkit congratulates everyone and says that the baby is out of danger. Sai smiles and Virat feels relieved. Pulkit says that everything is fine and normal. Pakhi says that after Sai left irritating her and everyone else started caring for her everything became fine. Sai feels dizzy and Ashwini says that she is also pregnant. Pakhi is stunned.

Preesha finds herself sleeping besides Rudraksh. Armaan tells the room service that Preesha is not opening the door or answering his calls. Ruhi asks Sharda how will they give a surprise and she suggests going to Rudraksh’s room. Preesha pours water on Rudraksh’s and he wakes up abruptly. Armaan is alarmed to see both of them on the same bed.

Rajveer’s friends inform him that Ajooni left with Dr. Avinash. Rajveer becomes angry and follows them. They both go to the jewelry shop. Ajooni says that her ring is a little tight and Avinash says that it is their wedding ring. Rajveer buys an expensive ring and proposes Ajooni.