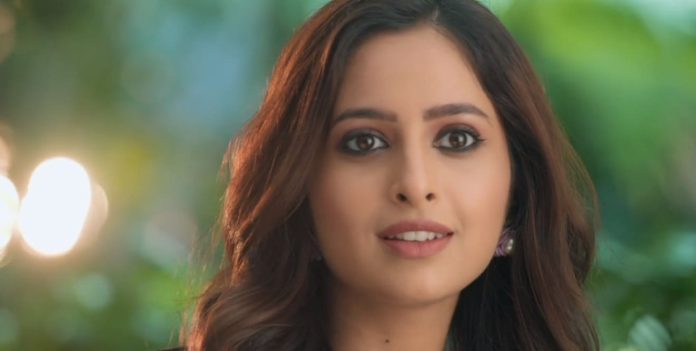 Yeh Rishta 30th July 2022 Written Update Aarohi hinders Abhimanyu calls Kairav and invites the whole Goenka family for Akshara’s birthday celebrations. Outside Birla house, Aarohi tells Akshara that Swarna sent kachoris for everyone. Akshara leaves, asking Aarohi to give kachoris to Manjiri. Aarohi suspects why Akshara is in haste to meet Guruji. She also wonders why Akshara had Birla hospital’s medical file in hand to meet music Guruji. To know what Akshara is up to and to spoil her plan, Aarohi starts following Akshara. Akshara hopes she meets Dr. Kunal Khera.

Everyone present in the kitchen notices this. Abhimanyu gets disheartened by not being able to do even this much. Kairav makes Abhimanyu realize that he should be happy seeing that he did much work, made cake’s batter and practiced guitar and song, where his hand didn’t shake. He also asks Abhimanyu to not focus on what he failed to do. Manjiri tells Abhimanyu that Kairav is right. Abhimanyu says he will take care of it next time. Kairav asks Abhimanyu to do it from now onwards. Vansh makes everyone smile by saying that Akshara married Abhimanyu even knowing that doctors handwriting is usually bad. He says Akshara won’t get upset seeing a bad icing made on her Birthday cake.

Abhimanyu gathers courage and finally writes, “Happy Birthday Akshara” on the birthday cake with icing. Everyone teases as well as praises Abhimanyu for this. On the other hand, a tense Aarohi keeps on searching for Akshara and her car. Akshara recalls Anand telling her that Abhimanyu won’t ever be able to perform surgeries due his injured hand. She also recalls Abhimanyu breaking down and apologizing to her, for nor telling her about his injured hand. Akshara further recalls, disheartened Abhimanyu not being able to focus on his Shiv pooja too. She prays to God to not make her miss Dr. Kunal Khera.

Angry Aarohi determines to find out Akshara anyhow. At Birla house, Kairav thanks Abhimanyu for loving Akshara unconditionally. He again thanks Abhimanyu by telling him that love is when one forgets his/her pain to see a smile on their partner’s face. Abhimanyu tells Kairav that he is making him emotional. They lightly hug each other. Kairav asks Abhimanyu if he had any conversation with Anisha. Abhimanyu tells Kairav that sisters usually show tantrums when brothers don’t call and when brothers call sister, then sisters ask brothers to call later as they are busy. He asks Kairav if he didn’t have any conversation with Anisha.

Kairav stutters and tells Abhimanyu that he keeps on conversing with Anisha. Akshara reaches outside the Dargah, where Dr. Kunal Khera usually visits. She recalls every doctor saying that Abhimanyu’s hand injury can’t be fixed. At Dargah, a person stops Akshara from going inside. He tells Akshara that Dragah is closed presently and will open at 8 PM. Akshara tells this person that she heard that people visit this Dargah even in the morning. This person tells Akshara that she heard right, but at present the Dargah’s doors are closed and will open at 8PM only. This tenses up Akshara. Akshara shows an unclear photograph of Dr. Kunal Khera to this person and asks him if he has seen him somewhere.

This person tells Akshara that this doctor comes to this Dargah on today’s date, every year. He also tells Akshara that Dr. Kunal always visits the Dargah in the night time. Akshara smiles and thanks God. She wonders what she will tell the family about why she didn’t return home in the evening as she was informed. Akshara decides to anyhow convince Dr. Kunal Khera for Abhimanyu’s surgery. Aarohi overhears Akshara and understands that the latter came to meet the miracle doctor, Dr. Kunal Khera, to convince him about Abhimanyu’s injured hand. She recalls Abhimanyu choosing Akshara over her. Aarohi also recalls Abhimanyu threatening her to nor dare hurt his Akshara.

This makes everyone emotional and happy. Neil asks Goenkas about Aarohi. Manjiri asks Goenkas if Aarohi is still angry with Abhimanyu and Akshara. Akhilesh tells Manjiri that no sisters can be angry with each other for such a long time. Swarna says they should forget the past and be happy knowing that Abhimanyu did so much for Akshara, forgetting his own pain. Manish says Abhimanyu is sensible and knows that happiness has to be chosen by thorns. Goenkas worries about why Akshara and Aarohi didn’t return home till now. Akshara on the other hand, receives Kairav’s text asking her where she is. Aarohi also receives a text from Kairav asking her where she is.

Akshara texts Kairav telling him that she has gone to meet Guruji and will call him after getting free. Aarohi texts Kairav telling him that she is in a meeting and will reach Birla house on her own. Anand starts leaving for Akshara’s birthday party. Knowing this, Harsh gives an envelope with a lot of money to Anand as Akshara’s birthday gift. This makes both Anand and Harsh emotional. At Birla house, Abhimanyu completes his song practice and fears what if his injured hand will ditch him at the last moment. He gathers courage and is determined to do it anyhow.

Kairav informs both Birlas and Goenkas about Aarohi and Akshara’s replies. Abhimanyu comes downstairs and takes blessings from all Birla elders. Abhimanyu tells everyone that he is getting nervous like he used to get before exams. He goes aside and calls Akshara. Akshara disconnects Abhimanyu’s video call and instead voice calls Abhimanyu. Hearing background voices, Abhimanyu asks Akshara if she is in some Dargah. Akshara goes speechless.

In the next episode, Aarohi will not let Akshara see

that Dr. Kunal has arrived at Dargah. Later, Akshara will return home and celebrate her birthday with everyone. Akshara will feel bad thinking that she failed to surprise Abhimanyu by finding out and meeting Dr. Kunal Khera for his hand injury’s treatment/surgery.