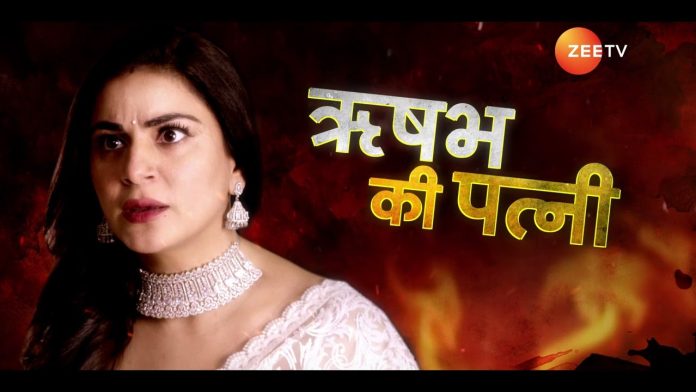 Kundali Bhagya 4th August 2022 Written Update Arjun marries Preeta Arjun stops Preeta and confesses love to her. Preeta asks him did he go mad, he knows it, that she is Rishabh Luthra’s wife. He tells that he doesn’t believe and accept her marriage with Rishabh. He proposes her for marriage, and leaves her shocked. He adds that he will marry her at any cost. He burns a cloth in the room, and holds her hand to take rounds. His madness reminds Preeta of Karan. She is left shocked by his crazy love. He forcibly pulls her to take the rounds. A new story begins with Arjun’s incomplete emotions.

Preeta gets a weird feeling about Arjun. Kavya tells Arjun that he will kiss him, because he had saved her life once. She tells him that she likes him. Karan gets happy. Karan corrects Preeta’s bindi and tells that he just fixed the bindi, he doesn’t like the bindi’s wrong placement. Preeta gets irritated by him. She asks why does he always touch her, when he could have told it, why does he do it himself. She asks him what does he want. He tells that he wants her. She stares at him angrily. Will she see her Karan in Arjun? Is this Karan’s plan to ruin Preeta’s big day? Watch the stunning promo below, and keep reading for a full update.

Earlier in the show, Mahesh also comes to have sweets. Karan takes the jar. Mahesh asks for one laddoo. He takes few laddoos. Karan tells that its for him. Rakhi tells that she will make the sweets for him later. Shrishti asks them to come out for the dance performance and cake cutting. Karan thinks to hide the sweets jar.

He waits for Anjali. He goes to see. Anjali enters the Luthra house. Raja asks Vishnu to call more goons there, they will torture Arjun a lot. Karan meets Kavya. He gets to see Kavya wearing the diamond necklace which he gifted to Preeta, and suggested that their daughter can wear it too. Kavya acts naughty. Bani asks Karan how is he. Karan tells that he is feeling strange. He tells her that he is okay, Kavya is a lovely kid, she was wearing a good necklace. Bani tells that Kavya’s dad bought it for her. He thinks Rishabh has snatched everything. She thinks to not tell him that Rishabh gave his name to Karan’s daughter. She gets emotional thinking of Karan.

Shrishti instructs the DJ to play the music. Bani tells that she really liked that Arjun has come in the party. Karan tells that he also loves her a lot. Biji asks Arjun did he forget her. Karan tells that Biji is his first girlfriend. Bani asks them to choose one of them. He tells that they both are of him. He goes to receive Anjali. He collides with Preeta in the party. They get into an intense eyelock. Karan feels he can still feel Preeta. Preeta feels like she has felt Karan. Rishabh doesn’t want any tension between them. Anjali goes to Arjun. Rishabh comes to stand with Preeta. Shrishti announces the dance of the anniversary couple, Rishabh and Preeta. She tells that their marriage has completed five years, they have been the perfect couple who stood by each other always. Rishabh and Preeta have a romantic moment. Karan gets jealous watching them.

Karan can’t stand the sight and walks away. Rishabh and Preeta win a huge round of applause. Prithvi is seen at a food stall. He tells his friend that he will give him a treat today. His friend’s wife comes there and lectures Prithvi for being so useless. Prithvi tells that he is giving a party today. He asks her what will she have. He offers her the food. She asks the occasion. He tells that he is happy, it’s a big day for him, its his marriage anniversary. She asks her husband to learn from Prithvi, who loves his wife Sherlyn so much. Prithvi tells that he was talking of someone else. He finds his friend and his wife fighting like animals. He wonders why do people get married.

The goons enter the Luthra mansion in disguise of waiters. They deceive the guards and get an entry. Shrishti sees Karan in the corridor, but he hides from her. He enters some room and sits there crying. Its Kavya’s room. Kavya finds him crying. She wipes his tears. She asks him why is he crying. He tells that he wasn’t crying, he came to the room by mistake. She stops him from leaving. She tells that Preeta cries a lot at all times. He asks her why does Preeta cry so much, is there any problem at home, does anyone scold her. Kavya tells that Preeta cuts the onions and cries. She asks why is he crying, did he cut onions and come. He smiles hearing her cute talk. She tells that she knows to stop his tears, she will kiss him because he saved her life. She kisses him and tells that she likes him. Karan also kisses her. She hugs him.

Moreover, Prithvi leaves from the food stall. Sherlyn comes to ask about Prithvi. The couple complain to Sherlyn about each other. Sherlyn learns that Prithvi was giving an anniversary party to the couple. She realizes that Prithvi was celebrating Rishabh and Preeta’s anniversary. She gets angry. Karan goes to the kitchen. Preeta gets scared seeing him suddenly. She tells that she felt scared. He tells that heartbeat runs faster when a person feels scared. He compliments her for the dance with Rishabh. He asks her to say thanks. She thanks him. He stops her and compliments her beauty. He tells that Rishabh might have already complimented her. He asks why does she feel nervous when he is around.

She tells that she doesn’t like him, she doesn’t like his presence because he appears a bad man to her. She angrily scolds him. He corrects her bindi. She asks what is he doing. He tells that he just corrected the bindi, it was stubborn. She remembers Karan and her romantic bindi moment. She makes Arjun away and rebukes him for touching her when he could have told her to correct it herself. She asks what does he want. He answers saying you. Preeta looks at him, bewildered.

Reviewed Rating for Kundali Bhagya 4th August 2022 Written Update Arjun marries Preeta: 5/5 This rating is solely based on the opinion of the writer. You may post your own take on the show in the comment section below.