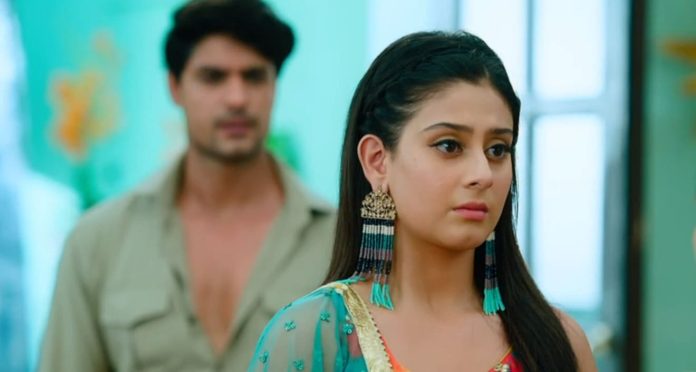 Appnapan Udaariyaan Fanaa Shubh Shagun Top 7 Spoilers Shubh Shagun episode spoiler – Navya’s shocking revelation Naina shows a proof of her and Shubh’s marriage and says that she will stay here as Navya’s secret is yet to come out. Navya confesses that she loves someone else. Yug, Shubh and Shagun are shocked. She says that she wants a divorce from him. Yug is devastated. Shubh is taken aback.

Udaariyaan episode spoiler – Amanpreet is back:

Amanpreet reveals that he is Candy’s father. Tejo lectures him and he calls her beauty with brains. He says that only she has asked the right question. Amanpreet shows the DNA report. Jasmine gets a call from a friend for a party. She decides to convince someone.

Nkhil praises Pallavi infront of the media and says that he will not tolerate if a woman gets mocked. He sees Ranveer and Pallavi getting close and feels jealous.

Kabir dances with Katha on the song ‘Kesariya’. They seem much in love and cannot get their eyes off each other. Katha beautifully compliments Kabir.

Meera takes a tuition teacher’s disguise as Ms. Sharda and enters the house. She asks Tara about her favourite festival. She says Holi and Meera asks why not Diwali. Tara says that she is scared of firecrackers. Meera promises her that this time she will celebrate Diwali with her.

Balwant asks Devyani to destroy Mohini’s day. She stops her with a group of ladies. Mohini asks to let her go but they question about her gotra. They don’t allow her. She uses all her strength to go inside but gets hit by a stick. Mohini shouts in pain and Harphoul panics.

Sasural Simar Ka episode spoiler – Aditi’s baby shower:
Simar, Ishita and Reema dance on Aditi’s baby shower. Reyansh, Aarav and Vivaan also follow them. Ishita is speaking on the phone which is connected to the speaker. She says that her in-laws are mad who follow cheap traditions.