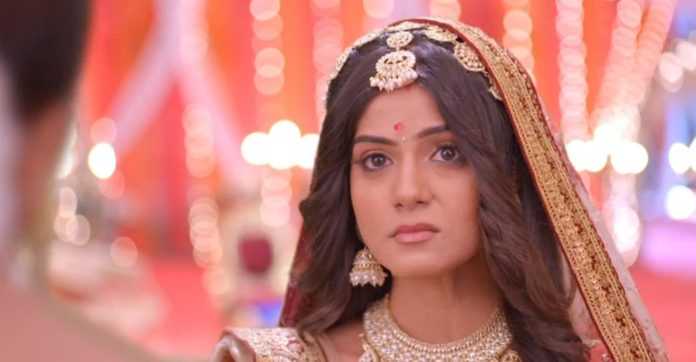 Muskurane Ki Vajah 6th August 2022 Timer for Yuvraj Muskurane Ki Vajah Tum Ho episode spoiler – Yuvraj gets 48 hours Katha gives 48 hours to Yuvraj to confess his crime in front of Kabir and other family members. Yuvraj is shocked. She shows him something on her phone and warns him that if he doesn’t tell the truth she will say it to them.

Aditya asks Sam what is going on in her mind and she says that she is not feeling well. Sam asks him to bring lemonade for her. Ginni comes to speak with Garden restaurant’s manager for catering services. Aditya sees Ginni and gets irritated with her. He says that he meets his friends less and her more. Sam sees Ginni and hides her face. She tries to escape but falls down. Ginni sees Sam and gets alarmed.

Pakhi sees a cut on her hand on which Agastya is written. Tara, Agastya, and Naveli dance together. Agastya looks strangely at Pakhi. Meera has kept Agastya hostile and asks him what will he do when Pakhi will get married to someone else. Agastya shouts no. Meera laughs.

Paro hides from Shankar. He feels that Paro looks simple but is very cunning. He says that he is also not less and will search the whole mansion. Shankar says that after Paro’s marriage he will get peace. Mohini asks Rambha and Manmohan to search for Paro.