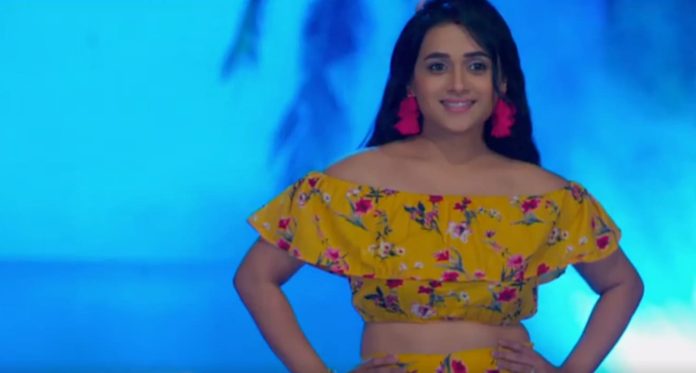 Aditya informs Suhani that she has broken all the records and topped the examination. She sees her report card and asks him if she has really come first. She hugs Aditya. Suhani thinks that she is celebrating for forgetting Ranveer and not for coming first. She decides to tell Ranveer how she became a doctor on her own.

Zoon is going with Vivek when she dashes into Kadambari and her phone falls down. She blasts Zoon for dropping her expensive phone. Everyone is stunned. Zoon says that if her phone is so important she must have been careful. The teacher asks Zoon if her father is coming or not. Zoon’s father makes an entry and she claps. Ritesh is stunned.

Aditya informs Sam that she cannot emotionally blackmail him into getting married to her. She says that she has come here to take a promise of marriage rightfully. Sam reveals that she is pregnant and the baby belongs to him. Aditya is stunned. Ginni overhears their conversation and also gets alarmed. Aditya seeks advice from Ginni on Gurbani.

Paro asks her groom to leave her or else Shankar will see him. Mohini decides to hide Shankar in order to wipe out the sindoor from Paro’s forehead. Manmohan says that he understood and kidnaps Shankar. Mohini says that today no one will come in between her and Nagmani. Jyoti searches for Shankar. Manmohan informs Mohini that if Jyoti doesn’t find Shankar in the marriage she will get doubt.

People protest against Shubh and Shagun for doing injustice to Naina. They forcefully catch Shagun and decide to shave her head. They say that when she will roam around the city she will feel the pain of embarrassment. Shubh tries to stop them. Naina feels happy.