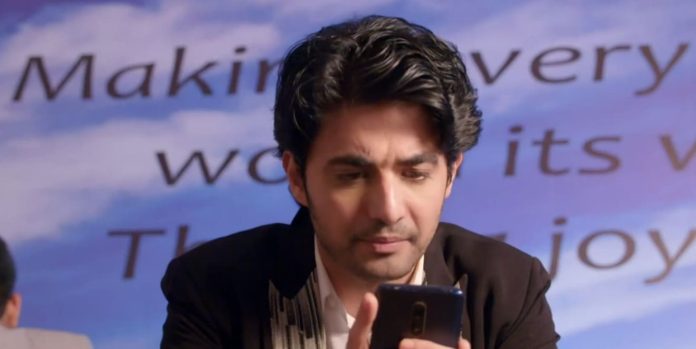 Kumkum Bhagya 12th August 2022 Written Update Sid arrives Rhea tells Ranbir that Prachi wanted to leave the house because she wanted to live with Sid, who has fathered her baby. The family decides to summon Sid to know the truth. Prachi gives this idea that just Sid can show them the real picture. Rhea and Aaliya sound confident and tell that they will call Sid home. Vikram contacts Sid and calls him home on an urgent basis. Ranbir gets an idea and asks everyone to not contact Sid to influence his statement. Everyone agrees to believe Sid’s statement. They are okay to just take his statement as the truth. Ranbir doesn’t want Rhea and Aaliya to brainwash Sid. He believes Prachi. He is confident that Prachi too can prove herself right. The Kohlis wait for Sid.

Pallavi tells that Ranbir’s idea is really good, they can be assured that Sid’s decision won’t be influenced by anyone. Rhea also gives her phone to Ranbir. She tells that she should have not told Prachi’s truth in this way, but she had no option, she felt everyone is going to target her. Prachi tells that Rhea would always point on her character and her baby’s father, she doesn’t want Rhea to stay in the house, Rhea would always play the dirty games against her. She asks Rhea to leave the house once Sid proves the truth to them. Pallavi tells that if no one talks to Sid before his arrival, then his statement will be definitely true. Sid arrives home. What will be Sid’s reaction to Prachi and his affair accusation? Keep reading.

Earlier in the show, Aaliya asks Rhea to call Sid. Rhea tells that Sid’s phone isn’t working. Vikram tells that he has Sid’s new number. He calls Sid and asks him to come home urgently. Sid asks him if everything is okay. Vikram asks him to just come home. Dida tells that they will believe whatever Sid will say. Ranbir asks them to drop their phones and not go out until Sid comes. Dida asks the reason. Ranbir doesn’t want anyone to brainwash Sid or compel him to lie. He just wants to know the truth from Sid.

Ranbir gets everyone’s phones. Dida tells that they have no problem to give the phones. Ranbir thanks everyone and locks the phones in the cupboard. He asks Dida not to give the key to anyone. The family waits for Sid. Aaliya asks Shaina not to talk to Rhea. Aaliya and Shaina get into a funny argument. Rhea asks Aaliya to stop talking aloud. Aaliya calls her foolish to name Sid. Rhea tells that she didn’t know the family will summon Sid, she was just bluffing. Aaliya tells that Rhea is an idiot, she isn’t sensible like her. Rhea and Aaliya ask Shaina to shut up and not get in between. Rhea asks Aaliya what should they do now. Aaliya asks her not to do anything. She tells that Ranbir has changed a lot. Aaliya asks Shaina to go to her home. Shaina tells that she will sit quiet. Rhea goes to drink some water. Aaliya keeps yelling at Shaina.

On the other hand, Prachi tells Ranbir that Rhea told a lot of bad things about her. She asks him if he has no questions to ask, if he wants to know something. He tells that he trusts her, he doesn’t have any doubt on her, he wishes that he never doubted her, they got separated because he had hurt her heart a lot. He tells that he loves her a lot, he doesn’t want her to cry. He wipes her tears. He tells that he gave her all the sorrowful tears. He also weeps. She also wipes his tears. She asks the reason for his tears. Pallavi meets them. She gets emotional.

Vikram tells that when Ranbir cries, Pallavi also gets tears in her eyes. He praises Pallavi as a good mother. He tells that he will wipe Pallavi’s tears. He feels proud of his wife, who has kept the family united. Dida tells them that they will always be united. She gives them the prasad, saying she had gone to the temple to pray for her children’s well-being. Rhea gets angry seeing the family going mad for Prachi. Dida gives the prasad to Rhea and tells that bad thoughts in the mind get away. Rhea doesn’t accept the offering. Aaliya and Shaina’s banter goes on. Rhea vents anger on Shaina.

Aaliya asks her not to say such negative things. Rhea asks Aaliya to do something to help her. Aaliya hugs her. Rhea goes away. Shaina tells that she doesn’t understand Rhea, who behaves mad. Aaliya asks her not to say anything to Rhea. Pallavi tells Prachi that the family is with her, she isn’t alone this time. Dida and Vikram also tell Prachi that they trust her. They don’t want Prachi to get stressed. Shahana feels dreaming that everybody is supporting Prachi. She tells that she is really happy, Prachi has come back to her family. Dida asks Rhea to have the prasad, and not be upset.

Rhea takes the prasad this time. She tells that she shouldn’t have told this, but she had no option. She felt that everyone is targeting them. Shahana tells that she is really happy for Prachi. Vikram’s phone rings. He tells Dida that he should take the call. He asks Dida for the keys. He gets his phone. He checks Sid’s video call. Sid informs them that he missed the flight, he will come tomorrow night by taking a connecting flight. Vikram asks Sid to switch off his phone till he comes home. Sid asks what’s the matter. Vikram doesn’t reveal the matter to him. Sid agrees to him and switches off his phone. Vikram tells that now they can take their phones and use it, Sid’s phones will be off.

Shahana gives the phones to everyone. Prachi tells that Rhea has crossed the limit this time, she has stained her baby this time. She shouts that she didn’t do anything wrong with Rhea. She asks Rhea to shut her mouth. She tells that she left the house when Ranbir and the family didn’t trust her, but this time, she has the entire family with her. She feels courage that the family is with her. She tells that she was fighting for her husband before, now she will fight for her family, she doesn’t want her sister. She asks Rhea to leave, else she would always taunt her character.

Rhea tells that the questions will always stay. She asks Prachi not to call her baby of Ranbir until Sid comes and tells them the truth. Prachi tells that the truth won’t wait for anyone, its Ranbir’s child. She adds that she will get the baby’s DNA test done and throw the reports on Rhea’s face. Ranbir asks Prachi not to get the DNA test, because he doesn’t need it. Prachi tells that she wants to shut up Rhea’s dirty mouth. Rhea tells that she is okay with it. She asks Ranbir if he doesn’t love her. He tells that they never had love in their relation. He tells Rhea that he will go with Prachi for the DNA test, and Rhea should wait for the reports.

Reviewed Rating for Kumkum Bhagya 12th August 2022 Written Update Sid arrives: 5/5 This rating is solely based on the opinion of the writer. You may post your own take on the show in the comment section below.