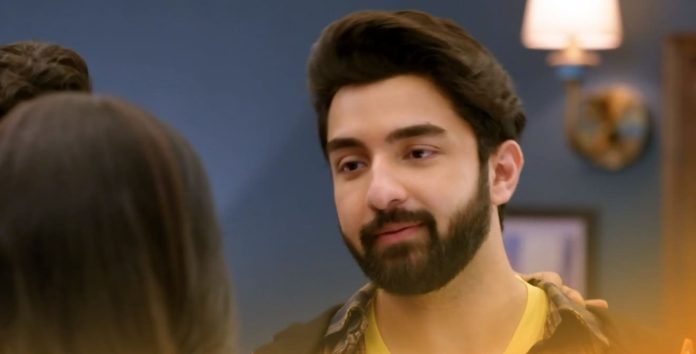 Bhagya Lakshmi 15th August 2022 Written Update Rishi’s wife Ayush takes Malishka with him and shows the proof that nobody can remove Lakshmi from the house now. He shows Virender hugging Lakshmi and assuring his support as before. Malishka grows worried seeing Lakshmi winning Virender’s heart again. Lakshmi cries and tells Virender that she had missed him a lot. Ayush tells Malishka that he had told Lakshmi that he will become her protector, so he will become her protector certainly. Later, the family plans an event at the hotel.

Earlier in the show, Virender blesses Lakshmi. Dadi and Virender get emotional, and worry for Lakshmi. They call Lakshmi brave that she didn’t complain about the big accident, she just worried for the puja. Virender hugs Lakshmi. Sonia asks Malishka did she make the plan to kill Lakshmi. Kiran and Malishka deny it. Malishka tells that she hates Lakshmi, but she can’t fall to this level, she has a limit, she will never cross it. Sonia tells that she can never support a criminal mind, she can’t be a part of the murder plan. Malishka asks her to trust her, she didn’t do anything. Ayush scares Malishka by rushing to punch her.

Kiran asks Ayush about his misbehavior. Ayush tells that he isn’t going to punch Malishka, but just warn her to step back. He tells Malishka that nobody can separate Rishi and Lakshmi, so she should better stop her cheap tricks. She tells that she loves Rishi and Rishi loves her, she won’t step back. He asks her to stop dreaming. He is sure that Malishka is behind the conspiracy. He tells that he doesn’t have a proof against her, but he has a proof to show her. Kiran asks her to leave Malishka’s hand. Ayush asks them to come and see the proof of their doings. She grows worried.

Virender asks Lakshmi to never think of leaving him. He hugs her. Ayush asks Malishka and Kiran to look there, Virender is blessing Lakshmi. Virender and Dadi bless Lakshmi to have a long life. Dadi tells that if anything happened to Lakshmi, then she would have not forgiven herself. Ayush tells that no one can separate Rishi and Lakshmi now. He wants to become the protector of Lakshmi. He warns Malishka to stop her silly tricks, if she gets a proof against Balwinder, then she will be caught. He doesn’t want to show that he doubts them. Kiran asks why did he name Balwinder.

He tells that he has beaten up Balwinder, he doesn’t want the same thing to happen with Malishka, nobody can break Rishi and Lakshmi’s jodi. He tells that no one can save the culprit who planned the attack on Lakshmi. Malishka grows worried. Virender tells Lakshmi that the family needs her, she has always been selfless and did a lot for them. He apologizes to her that he was upset with her, he didn’t do his duty towards her. She tells that he has a right to bless her, he shouldn’t feel sorry. Virender blesses that Rishi and Lakshmi always stay together. Dadi doesn’t want anyone to break their jodi.

She asks Lakshmi to go to Rishi and spend time with him, share her sorrow and pain with him, he was also scared of losing her. She asks her to cry as much as she wants to lighten her heart, make Rishi believe that she is there for him and he is there for her. Lakshmi happily hugs Dadi. Kiran tells that Lakshmi has a good fate, she got Ayush, Virender and Dadi on her side, Ayush has become her bodyguard. She asks Malishka to say something. Malishka wishes that she became a stone to stop feeling the pain. She can’t believe that Rishi and Oberois changed so much, all because of Lakshmi.

She sheds tears. She tells that everyone is challenging her, she won’t lose, she will accept every challenge, Ayush did good to show her the proof and increase her pain, now this pain will remind her and motivate her to defeat Lakshmi. She doesn’t want to murder her enemy, but vent out the enmity. She tells that she will play Lakshmi’s tactics and fail her. She wants to get back her Rishi. She wants the Oberois to kick out Lakshmi from the house. She wants the slap to get on Ayush’s face. She wants to show Ayush that she is born to be a winner, not a loser like Lakshmi. Lakshmi hugs Rishi and cries.

Rishi grows worried. He consoles her. She tells that she kept courage for long, but now she fell weak, she thought of going away from him. He tells that the problem got away, he will always protect her, he won’t let anything happen to her, he will always stand by her and never let her feel lonely. He asks her to smile. She compliments his smile. He asks her why didn’t she compliment him before. She blames his arguing nature. He asks her why does she not want to get away from him. She tells that she wants to take care of him, because Malishka can’t take care of him.

He tells that Malishka will take care of him. She gets jealous. She asks him to go and ask Malishka to take care of him. She asks why did he say that he was also scared of losing her. He tells that he can’t lose her, else no one would irritate and fight with him. She can’t believe his complains. She smiles after watching his cute drama. He succeeds in restoring her smile. He tells that her smile looks good on her. They both have a cute argument. She tells him that she doesn’t have to say anything. She collides with him, and says sorry. Rishi holds her close. He tells that her eyes are expressive, it speaks a lot, much more than her. He asks her if she forgot to bring the prasad for him.

Reviewed Rating for Bhagya Lakshmi 15th August 2022 Written Update Rishi’s wife: 3/5 This rating is solely based on the opinion of the writer. You may post your own take on the show in the comment section below.