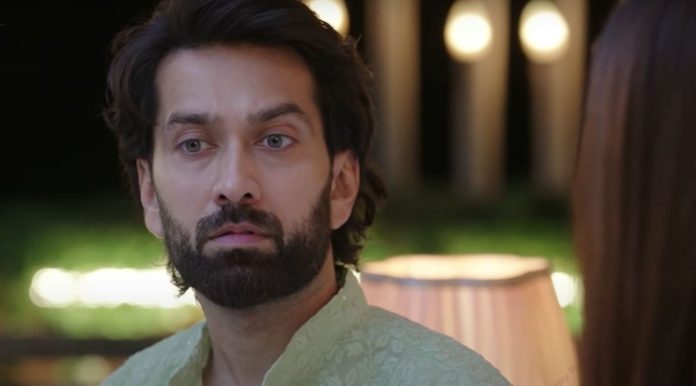 Bade Acche Lagte Hain 2 17th August 2022 Written Update Priya tries exposing Nandini’s truth in front of Ram, but she fails. Nandini outsmarts her. She changes the vitamins tablets by the anti-anxiety pills to prove Priya wrong in front of Ram. Priya gets unwell. Ram holds Priya and finds her fainting. He takes her to the car. They leave for the hospital. They reach the hospital. Dr. Antara treats Priya who has taken the wrong medicines. She asks Ram why is he so tensed. She tells Ram that Priya had taken some wrong medicines. Ram realizes that Nandini was saying the truth, and Priya’s accusation was wrong. Ram saves Priya’s life by getting her to the hospital on time.

Doctor tells Ram that Priya could have lost her life by the heavy dose of the medicines. Ram gets worried for her. Priya gets conscious. She tells Ram the same thing that Nandini is lying, she has changed the medicines, Pihu had taken the other medicines that day. She asks him to speak to the doctor. She calls the doctor. Ram asks her to just stop it. She asks the doctor to tell the truth to Ram about Pihu’s blood reports. The doctor lies to Ram that he found the anti-anxiety pills trace in Pihu’s blood tests. Priya asks him why is he lying. Ram isn’t surprised.

Doctor tells that he told her the same thing that day, that there is nothing wrong with Nandini’s medicines, Pihu had taken the wrong medicines but fortunately it was a light dose so nothing happened to her. Priya fails to prove herself right. She tells Ram that everything will get over in a day once Sara and Vikrant get married, and Ram gets the deal from the minister. She tells him that she is okay and can come along for the press interview. Ram doesn’t trust her.

He asks her to take rest, while he goes and handles the press interview all alone. Priya gets saddened when Ram doesn’t take her along. Ram tells that he doesn’t need her from now. On the other hand, Sara and Vikrant’s haldi function begins at Ram’s house. Ishaan and Krish arrive there with an intention to unite Ram and Priya. Nandini misses to meet Ishaan because of Priya’s accusation drama at home. She gets saved from Krish’s trap. How will Priya prove Nandini wrong? Keep reading.

Reviewed Rating for Bade Acche Lagte Hain 2 17th August 2022 Written Update: 3/5 This rating is solely based on the opinion of the writer. You may post your own take on the show in the comment section below.