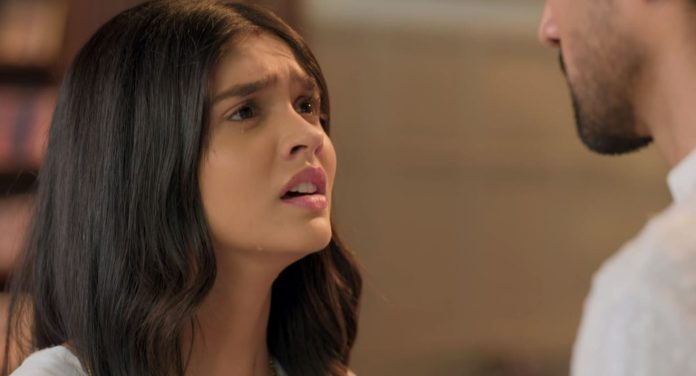 Yeh Rishta 17th August 2022 Preview Update Akshara scorned Anand slaps Manish when the latter reveals about Anisha’s affair with a married man, and pronounces Anisha’s mistake in the whole incident. Manish tells that Anisha was being a disgusting figure, she was a problem child, the family never listened to her and that’s why she had been so secretive. He tells that Anisha was wrong and paid a price for her own mistake. Anand loses his cool. The family receives a huge shock on finding Kairav arrested by the police. Kairav reveals Anisha’s truth to them to save himself, but the Birla family doesn’t believe him.

They wanted Anisha to tell the truth to them. They don’t want to accept any nonsense from Kairav, and assume that he is making wrong stories about a dead person. Akshara tells Abhimanyu that Kairav shouldn’t get arrested, he has revealed the truth to the family now. She asks him to stop Kairav’s arrest somehow. Abhimanyu apologizes that he can’t help her and save Kairav. Manish tells that he will save Kairav somehow. Anand tells that they will not spare Kairav for maligning Anisha’s name after her death. Abhimanyu proves to Akshara how much Anisha loved Kairav. Akshara calls it a cover up for her affair.

Abhimanyu gets disturbed and shouts on her. Kairav asks Manish to save him from the arrest. Akshara tells that Anisha was just hiding the truth from her family. The family doesn’t believe Akshara and Kairav. Mahima orders Akshara to leave alongwith her family. A disheartened Akshara goes with Goenkas to rescue Kairav from the police. Her return to the Birla house surprises Abhimanyu. He asks her how did she come back so soon. To this, she replies that both the families need her so she has come back to be with Birlas.

Abhi is grateful that she returned home. Mahima tells him that he shouldn’t be grateful to the person who is backing up his sister’s murderer. Akshara asks Mahima to clear her misunderstanding. She adds that Kairav is really innocent in this case, and it was Anisha who was cheating, not only just Kairav but the entire family. Mahima tells that she doesn’t want to talk to Akshara. She declares that Akshara is against the Birlas. She asks Abhimanyu to open his eyes, Akshara may abandon them for Kairav’s sake, she can do anything for her family, she can even abandon even Abhimanyu. Akshara gets blamed for not being guilty.

Reviewed Rating for Yeh Rishta 17th August 2022 Preview Update Akshara scorned: 3/5 This rating is solely based on the opinion of the writer. You may post your own take on the show in the comment section below.