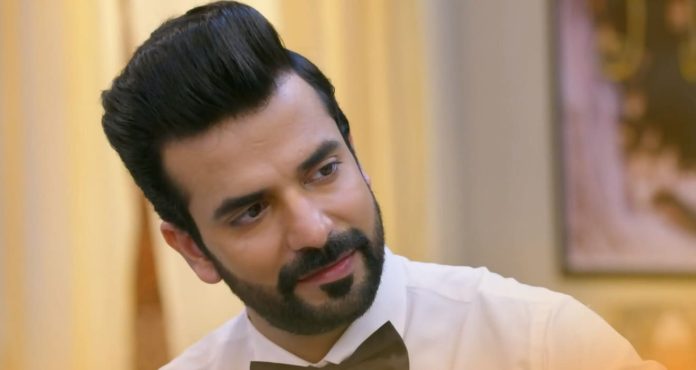 Kundali Bhagya 18th August 2022 Written Update Rishabh’s love Rishabh and Karan get hurt while fighting with the goons. They call the police to get the goons arrested. After a while, Rishabh hugs Kavya and relieves her from the fears of the goons. Kavya calls him a hero. She runs out of the room. Rishabh gets a jerk by her hand. He screams in pain. Preeta worries for him on seeing the wound on his hand. She asks him to just sit. She gets the first aid kit. He asks her is he the only person whom she liked on their first meeting. She tells him that he is the best person she knows.

He thanks her for the compliment. He tells that she always gives him good compliments, he doesn’t know if he is so good or not. He adds that she is really a good person. Preeta cares for Rishabh’s wound. She does the dressing. He thanks her for the care. He tells about Arjun, who is a bit strange, but a right person, he has made a place in everyone’s heart. Preeta tells that the family is really good-hearted, they accept any stranger so easily, so they gave a place to Arjun in their hearts. Karan stops the inspector from entering Rishabh and Preeta’s room. Inspector tells that he wants to get Preeta’s statement.

Karan thinks Preeta would be terrified. He asks Inspector to visit Luthras later and talk to them, because right now, they aren’t all stressed. Anjali tells Arjun that they should leave now, Rakhi has given the laddoos for him. Karan meets Preeta’s Biji and hugs her, before leaving. Karan is also hurt. Preeta does the dressing to his wound, saying pain cuts off the pain. Karan taunts her that she has done mastery in administering pain to others. Preeta gets puzzled by his taunt, while Anjali covers up for him.

Biji gets the first aid box for Arjun. Karan thanks God that Biji has come and saved him from Anjali. Anjali gets angry on him. She tells that she will do the aid, but she has no experience of dressing the wound. Biji and Anjali worry seeing his wounds. Anjali does the dressing. Karan asks her to do it with love. Biji remembers Karan. Karan asks her why did she get sentimental. Biji tells that she remembered her boyfriend. Anjali asks if she has a boyfriend. Karan tells that she also reminded him of his boyfriend. He screams in pain. Rakhi hears Shrishti crying.

She asks Shrishti why is she crying, is she hurt. Shrishti tells that she was really scared for Rishabh, for Preeta’s future. She remembers the time when Karan left Preeta and them. She tells that Preeta would have got alone if anything happened to Rishabh. She tells that she can’t love without Sameer and Preeta. Sameer hears this and feels glad that she loves him. Rakhi consoles her.

Preeta reaches Biji to get the first aid kit. She hears Karan refusing for the dressing. Anjali asks Arjun to let her try it once, else Preeta will do it. Biji tells that Arjun doesn’t want Preeta to do the dressing. Preeta tells that she won’t listen to Arjun who is their guest. She asks him to sit. She does the dressing. He feels much pain. Biji asks Preeta to be careful. Preeta tells that she is a doctor, she will do what is right for a patient, pain cuts off the pain. Karan taunts her that she has done mastery in giving pain to others. She asks him to shut up and stop blaming her.

He remembers their moments. Kavya meets them. She dresses like Karan. Karan gets reminded of his favorite sports wear. He always dreamt of getting their children dressed up in the sports wear. Kavya asks Arjun to come with her and play. Preeta asks Kavya not to disturb Arjun. Kavya asks her not to talk between two elders. Karan goes to play cricket with her. Preeta finds odd that Kavya is bonding with a stranger. Anjali can’t tell her that Arjun is family. Prithvi and Sherlyn try to escape. They get arguing. Kareena and Mahesh ask the police to search for the goons inside the house. Prithvi tells that he got badly stuck. Karan finds the hall messed up. He tells that they will clear the dirty floor.

Kavya tells that there is no fun in playing the game. He calls her doll. He tells that they will clear the space and then play cricket. He makes her smile. The family members also helps Arjun in clearing the mess. Karan asks them to do fielding. Rishabh and Preeta find Kavya happy with Arjun. Preeta gets hurt. Rishabh asks her is she okay. She tells that she is okay. Mahesh and Kareena get the police inside the house, halting their cricket. Biji asks Kavya to catch her if she can. Inspector tells that the goons have escaped, but they will get caught soon. He tells that they will search for the goons inside the house once. Rishabh permits them. He asks Preeta to come alongwith him. Karan realizes that Preeta listens to Rishabh’s every word with much love, she was never complying with him before.

Reviewed Rating for Bhagya Lakshmi 18th August 2022 Written Update New mess: 3/5 This rating is solely based on the opinion of the writer. You may post your own take on the show in the comment section below.