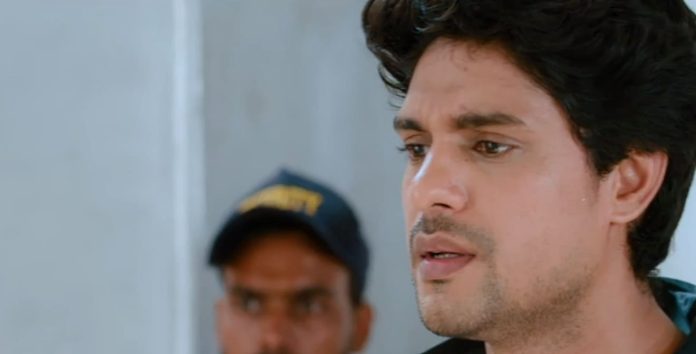 Udaariyaan Promo Update BALH Appnapan 18th August 2022 Udaariyaan episode spoiler – Jasmine’s baby girl Tejo finds Jasmine hiding a cloth inside her clothes. She asks her if she will tell everyone about her fake pregnancy or she should tell it. Jasmine shouts and falls on the floor. Gurpreet comes running. Tejo tells Gurpreet that the doctor will come and tell about Jasmine’s miscarriage. The nurse congratulates them and says that it is a baby girl. Tejo and Fateh are stunned. The Virks pamper the baby girl. Tejo says that a lie doesn’t live long and wipes her tears.

Priya falls unconscious and Ram catches her. Brinda combs Pihu’s hair tightly and she shouts. Brinda thinks that the doctor wanted Pihu and Ram’s hair for the DNA test. She says that she easily got Pihu’s hair now she has to acquire Ram’s hair. Priya tells Ram she will attend the wedding and the interview then leave. Ram says that he will manage the interview and asks her to go. Priya is stunned.

Nandita blasts Harsh for failing in his goal. She says that even after their several attempts Nick bought the house. Nandita warns Harsh that Pallavi and her kids will take away everything. Pallavi tells Nick that he wanted their kids. He tells that Sonali had told the truth about her. She tells him that he spent a night with her. Nick shouts at Pallavi.

Pavithra informs Rocky that there is a big storeroom and asks him to search there. She says that meanwhile she will search in Pratik uncle’s room. Pavithra finds the box hidden inside a jhoomar and brings it down. Pishachini comes from behind to attack her with her sharp nails.

Ishq Ki Dastaan Naagmani episode spoiler – Rambha in tension:
Pappi tells Paro that he is waiting and asks her to send Babli with a glass of hot milk. She fumes in anger and he goes. Paro says that she will not let him succeed in his dirty intentions. Rambha is shocked to know that Shankar and Paro have united. She says that Paro is only difficult to handle and if Shankar is with her then they will be in trouble. Pappi asks Mohini if she can do anything or else he should handle them.