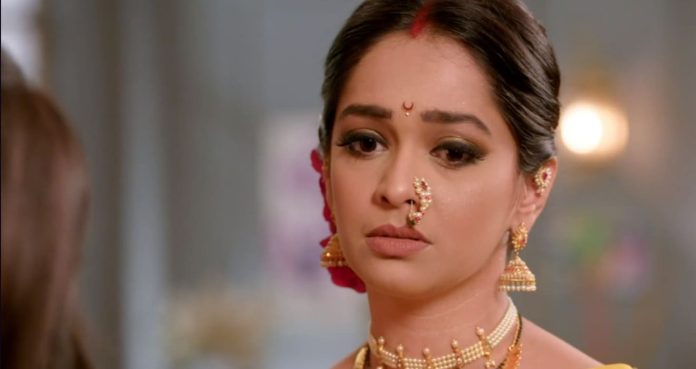 Kumkum Bhagya Forced Wedding 2nd September 2022 Kumkum Bhagya episode spoiler – Pallavi orders Prachi Pallavi informs Ranbir that she and Vikram have decided to get Prachi and Sid married. Ranbir and Prachi are shocked. Prachi says that she will not get married. Pallavi says that she is not asking her but ordering as this marriage will certainly happen at any cost. Prachi is shocked and starts crying.

Lakshita goes to file a case of treachery against Rajeev in the police station. Alok is shocked and calls Rajeev. Amrita picks up the call and says that it’s her. He asks her where is Rajeev and she asks him what happened. Amrita asks him if everything is fine when Rajeev enters.

Mithai declares that today she is standing in front of them with new sweets. Shubham and Girish feel happy. She says that she has Rabdi danedar, Gulabi angoori rasmalai, Pista peda kalash and Soan gujiya. Siddharth and Shubham are shocked. Shubham and Girish look at each other. Apeksha provokes Siddharth that Mithai has copied the names and the recipe. Siddharth goes on the stage and tells the names of the sweets told by Mithai. She is shocked.

Vidhi takes Dev to a shop and he buys bangles for the Goddess. He likes a green one while Vidhi likes a red one. She asks him to buy that too as it is very pretty. Dev agrees and ties the bangles near the Goddess. Amba prays to the Goddess and asks her to give her the happiness which she has been waiting for since many years. She requests her to grant Dev and ties the bangles but it falls. Dev and Vidhi speak and Amba looks adoringly at him. Vidhi and Dev are shocked to see Amba. 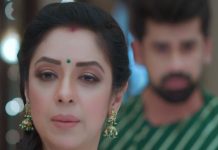 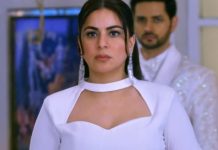