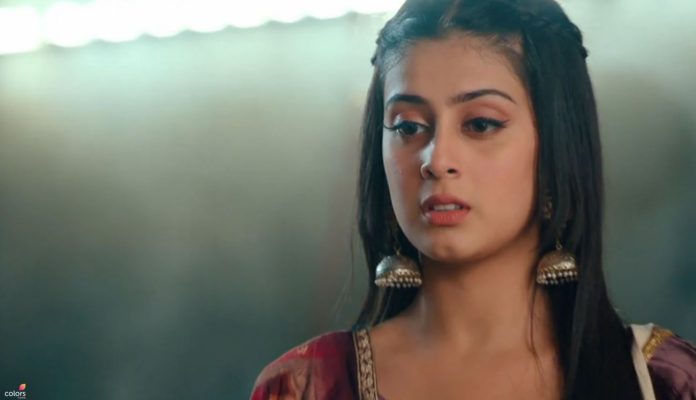 Udaariyaan 5th September 2022 Jasmin reveals the truth Udaariyaan episode spoiler – Jasmine evokes Nehmat Nehmat tells Jasmine that she doesn’t lie as her parents say that lying is a wrong thing. She says that if her parents are so truthful then she should go and ask them why are they hiding such a big thing from her. Nehmat is stunned. Jasmine questions her that why didn’t her parents tell her about her real parents. Nehmat questions Fateh and Tejo if they are not her real parents. They both are alarmed.

Simar enters a haunted house. The door gets closed automatically and she panics. She asks who is there. A man comes down the stairs holding a stick. The lights are switched on and Simar is shocked to see Rudra. He asks her if she came till here to search for Reema and feels that she doesn’t value her life. Simar is taken aback.

Swaran tells Arjun to think properly once again before snatching the land at 6’0 clock. He sees the torn papers and wonders who did it. Arjun is determined to find the person who considers Ajit as his enemy. He sees Rajeshwari with an unknown man and gets a doubt.

Saavi Ki Savaari episode spoiler – Nityam-Saavi create misunderstanding:
Nityam puts a necklace on Saavi thinking her to be Sonam and wishes her on her birthday. She is shocked and he asks her what is she doing her. Someone points out that Saavi is wearing the necklace meant for Sonam as a surprise gift. Saavi says that she made a big mistake and goes to remove it. She goes to offer it to Sonam but it falls down. Sonam is stunned while Saavi feels frightened.

Yuvan makes Banni a princess and celebrates her birthday. She feels very happy and says that she wants to tell him a very special thing. Yuvan asks Manini to make Ghevar for Banni as she used to make it for him in childhood. He asks her if she cannot prepare it for Banni. Manini is shocked. Baani feels that it took 10 days for her to learn how to make Ghevar and it will be very difficult for Manini. She is confident that Yuvan will realise Manini is not his real mother.