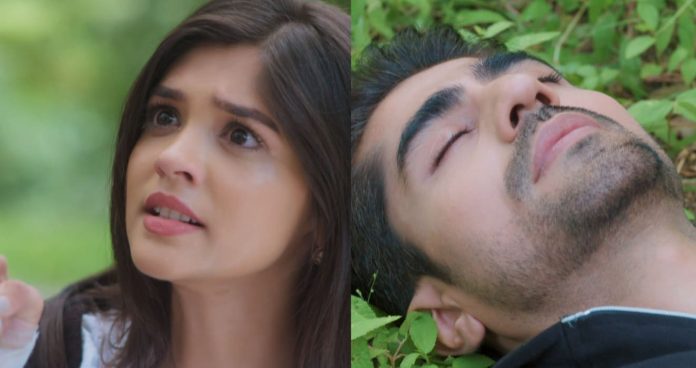 Yeh Rishta 12th September 2022 Akshara accused Yeh Rishta episode spoiler – Manjari accuses Akshara Manjari says that Akshara is responsible for Abhimanyu’s condition. Akshara tells Dr. Kunal that whatever he will do to separate her and Abhimanyu their destiny will bring them face to face always. He is stunned. Mahima says that if by mistake also Akshara comes in front of Abhimanyu god knows what he will do. Manjari says that Abhimanyu will not even look at Akshara. Akshara is stunned.

Yuvan sings a Ganesh aarti and everyone becomes happy. Banni tells Devraj they had thought of making Yuvan a music teacher but today two girls liked his singing and informed her about the singing reality show where the musicians and singers can participate. Yuvan panics and says that he will not take part. Banni and Devraj console him.

The Pandyas have a celebration and dance together. Shweta feels that now it is the right time for her to execute the plan and says that let them enjoy now. They all eat the cake and go into a deep sleep. Shweta also lies with them on the floor but suddenly wakes up and looks around.

Ghum Hai Kisikey Pyaar Meiin episode spoiler – Savi hugs Vinayak:
Virat brings Vinayak to Sai’s house. Savi and Sai wave at Vinayak. He asks Virat if they have come for his treatment and he says yes. Vinayak asks if he can meet Savi and Virat says yes. Vinayak and Savi hug each other.

Preesha tells Ruhi that it was her birthday but she enjoyed the most and thanks her. Digvijay says that Ruhi’s birthday is still not over as there is one more surprise. He shows them Rudraksh’s phone. Rudraksh, Ruhi and Saransh are shocked. Prem asks him how did he come to know about this. Pihu calls Prem as Rudraksh and says that she informed Digvijay.