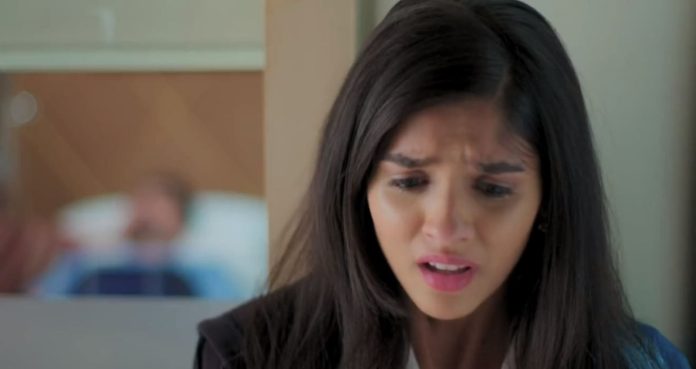 Yeh Rishta 14th September 2022 Abhimanyu’s plan for Akshara Yeh Rishta episode spoiler – Akshara at Ganapati visarjan Abhimanyu calls Maya to perform at his home on the next day for Ganapati visarjan. She refuses saying that she doesn’t perform at private events. Abhimanyu insists her to consider it as a fan request to which Maya agrees. Abhimanyu tells Maya to sing the prayer immediately after she arrives at his home which scares Maya. Maya and Akshara are seen entering the Birla house. Maya starts to act as if she is singing while Akshara is dancing and singing at the same time around Maya covering her face. Abhimanyu searches for the original singer in the crowd.

Imlie episode spoiler – Aryan-Imlie’s baby:
Aryan tells Cheeni that there is someone in Imlie’s life now as it has been a long time since they were together. Cheeni reveals that she had given a special drink to both of them once so that they remain together always. Aryan suddenly remembers getting intimate with Imlie and he instantly gets a realization that the baby inside her stomach belongs to him.

Banni Chow Home Delivery episode spoiler – Banni-Agastya’s fight:
Agastya starts performing in the middle of the road causing a heavy traffic jam. Seeing this, Banni gets angry and gets into a fight with him. Later she reaches the auditorium with Yuvan and learns that Agastya is the judge of the competition. She is taken aback.

Yeh Hai Chahatein episode spoiler – Armaan unmasks Rudraksh:
Everybody becomes shocked to see Armaan back from jail. Seeing everyone’s shocking faces he inquires whether they are not happy on his return. Prem enters the house and Armaan accuses him of sending him to jail and pulls off his fake beard. Preesha is shocked to see Rudraksh in Prem’s disguise.

Gud Se Mitha Ishq episode spoiler – Noor calls police:
Pari asks Dev to come home early in the evening as it’s Dhruv’s birthday and seems very happy and excited about it. Dev asks her to remain happy always just like this as she looks very good. Chandni mocks Dev saying that she can’t let Noor become friends with Pari as she is mad. He defends Pari and says that she is not mad but Chandni is mannerless. Noor calls Nimrit to tell about her parent’s fight. She suggests her to call the police at home. Chandni and Dev are shocked to see police at their house. 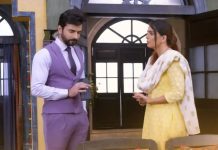