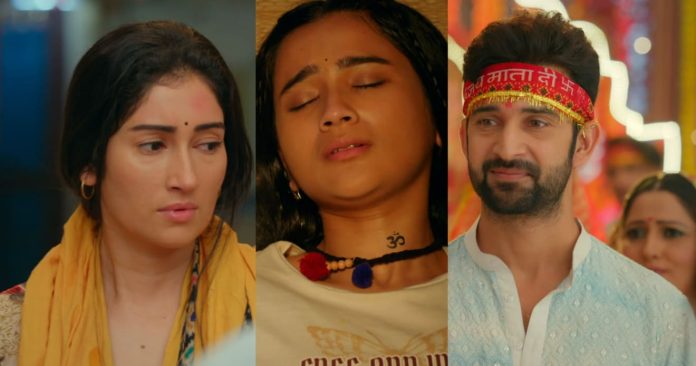 Rajjo 19th September 2022 Upcoming Update Rajjo’s marriage Arjun tells Rajjo that Pushkar can help him. She thinks Pushkar is a nice person. She seeks help from Pushkar, who is actually the root of all the evil. Pushkar tries to get rid of Rajjo and Manorama. Arjun and everyone believe that Pushkar is a social worker. Just Manorama knows his evil truth. Manorama decides to keep Rajjo away, knowing Pushkar will not let them stay in peace. Arjun is glad that Rajjo finally found her mother. Pushkar asks Manorama to take Rajjo and go back. Arjun gives the good news to Rajjo and unites her with Manorama.

Rajjo learns that Manorama is living in Pushkar’s house. She runs after Pushkar’s car, and stops Manorama. Rajjo and Manorama have a union after a long time. They both return to Arjun’s house, and occupy the storeroom. Rajjo requests Pushkar to get some work for Manorama and her, so that they can earn a decent living. She doesn’t want to go back to the village. Arjun is happy with Rajjo’s decision. Manorama gets threatened by Pushkar. She tells Arjun that Rajjo would have to go to the village, because her marriage is fixed with the village boy Vicky. Arjun is stunned to know this. Manorama introduces Vicky to Arjun.

Madhu wants Rajjo to leave the house at the earliest. She sends off Rajjo and Manorama from their house. Arjun sees Rajjo ousted and runs towards the door. Madhu shuts the door on Rajjo’s face to stop Arjun from meeting her. Arjun and Rajjo realize their bond and grow restless without each other. Arjun gets a bad vibe on meeting Vicky, and feels the latter is not right for Rajjo. He wants to protect Rajjo. Arjun decides to support Rajjo’s dreams by becoming her friend. Will Arjun stop Rajjo and Vicky’s marriage? Keep reading.

Reviewed Rating for Rajjo 19th September 2022 Upcoming Update Rajjo’s marriage: 2/5 This rating is solely based on the opinion of the writer. You may post your own take on the show in the comment section below.