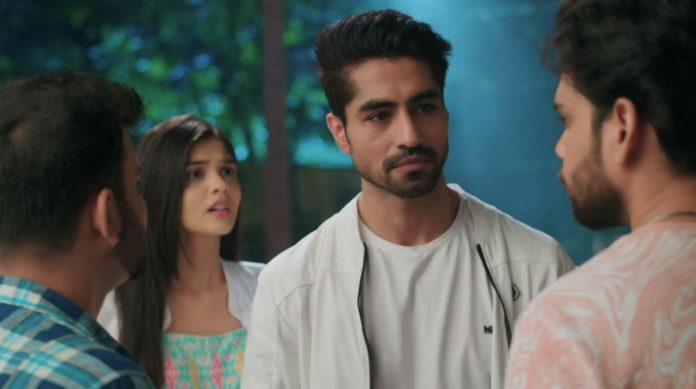 Yeh Rishta 20th September 2022 Upcoming Abhira finale Abhimanyu comes to Akshara’s rescue when she returns from the Goenka house after uniting Kairav with the Goenkas. Abhi as always becomes her savior, but she proves that she has been protecting herself since the last one year when he wasn’t with her. Both Abhi and Akshara have an emotional moment. She finds time to tell him the long story of Kunal blackmailing her and her stupendous sacrifice for Abhi’s surgery. She suddenly gets Kunal’s call and fears that he may doubt her by her absence in the hotel room.

She doesn’t want Kunal to know about Kairav moving to a safe place. She asks Abhi to have faith on her and give her some time to come back to him with truth. Abhi expects her to have a solid reason behind her sudden disappearance. He finds hard to pass time waiting for Akshara to come back. Akshara tricks Kunal by paying the money to the hotel receptionist. She makes the lady lie to Kunal about Kairav. Kunal doesn’t know that Kairav is out of his clutches. He warns Akshara that he can become a really dangerous man when it comes to protect Maaya. Akshara wants to tell Kunal’s truth to Abhimanyu. Kunal plans otherwise.

Abhimanyu wants Akshara to prove herself to the family. Kairav doesn’t divulge any details about Akshara to the family. Akshara knows Abhimanyu is waiting for her. She doesn’t want to waste this big chance. Abhimanyu too wishes that Akshara doesn’t lose out the time which can change their entire story. They both realize that it’s their last chance for their love to accomplish. Mahima gets the video from Goenka villa.

She tells Abhimanyu that Kairav who has killed Anisha is having a good time with his family in Goenka villa. She wants to call the police and get Kairav arrested. Akshara hurries to get the cctv footage that can prove Kairav innocent. Abhimanyu is moved when Mahima tells him that Akshara is cheating him and Birlas once again. Abhimanyu grows worried for Manjiri, who falls tensed seeing the big row in the family.

Reviewed Rating for Yeh Rishta 20th September 2022 Upcoming Abhira finale: 4/5 This rating is solely based on the opinion of the writer. You may post your own take on the show in the comment section below.