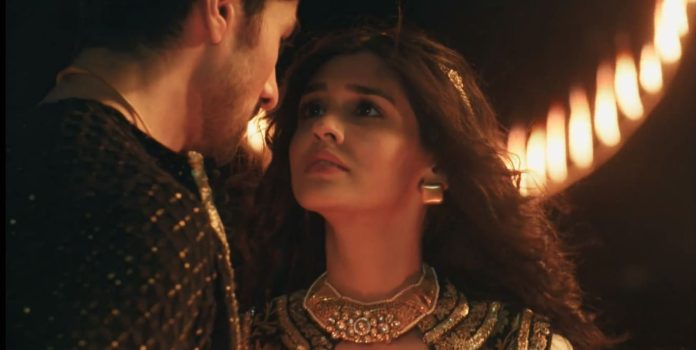 Yeh Rishta 20th September 2022 Update Abhi’s longing Abhimanyu and Akshara find hard to pass time. They both look ahead to meet. The Birlas make arrangements to donate things on Anisha’s birthday. Mahima reminds Abhimanyu his promise, that he will support her and get justice for Anisha. Abhimanyu wishes that Akshara’s truth sorts out everything. He wants to be fair and support Akshara if she is true. Akshara wants to prove Kairav innocent and then return to Abhimanyu. Kairav gets much love from the family for which he was longing since a year. Vansh asks Aarohi why is she hiding about her lover, the family won’t be accepting him easily.

She requests him to hide the matter from everyone. He asks her to talk to the family instead hiding it. Kairav mentions about Akshara. The family grows curious to know about Akshara, but doesn’t force him to say. He tells that he is helpless and can’t divulge any details to them. He can just inform them that she is trying to help them. He gets angry on Aarohi who blames Akshara. He defends his sister. He knows that the truth will come out soon and help Akshara regain everything back. Aarohi is in dilemma over informing Mahima about Kairav’s homecoming. She feels sorry for Kairav seeing his pain.

She doesn’t inform Mahima, but the latter sends a spy home and gets the video from Goenka mansion. She realizes that Goenkas are hiding Kairav at home. Akshara awaits the event to begin and end soon so that she can get free to return to Abhimanyu. Kunal learns about Akshara’s lie. He decides to trap Kaiav and then compel Akshara to stay back with Maaya all her life. Abhimanyu decides to follow his heart when he meets Akshara and hears her truth. He wishes Akshara doesn’t lose their last chance. Akshara also realizes their last chance and its importance. Kairav wishes things go as Akshara planned. She waits for the proofs in Kairav’s favour.

She is excited that her life will change very soon. Manjiri mentally prepares Abhimanyu to hear out Akshara’s truth and lies and decide what he wants to do. She wishes him good luck for his new start. She tells that his life will really change in an hour’s time. Kunal keeps an eye on Akshara, and learns her plan. He snatches the proof from the detective to blackmail Akshara. Kairav grows scared that Birlas can know about it. Manish assures that nobody will reach him. Mahima promises to get justice for Anisha. She barges home to meet Abhimanyu and shows him the Goenka villa video.

Akshara learns about Kunal snatching the proof to trouble her. She doesn’t want Kunal to win this time. She takes a stern decision to oppose him. Mahima makes Abhimanyu aware of Kairav’s return. She tells Abhimanyu that Akshara is cheating them once again, she bought time just to flee with her brother once again. Mahima loses her cool and asks Abhimanyu to not trust Akshara. Abhimanyu tells that he will not snatch the time he already allotted to Akshara. He asks Mahima to keep patience till the time ends. Birlas are upset with the new deceive.

Reviewed Rating for Yeh Rishta 20th September 2022 Update Abhi’s longing: 4/5 This rating is solely based on the opinion of the writer. You may post your own take on the show in the comment section below.