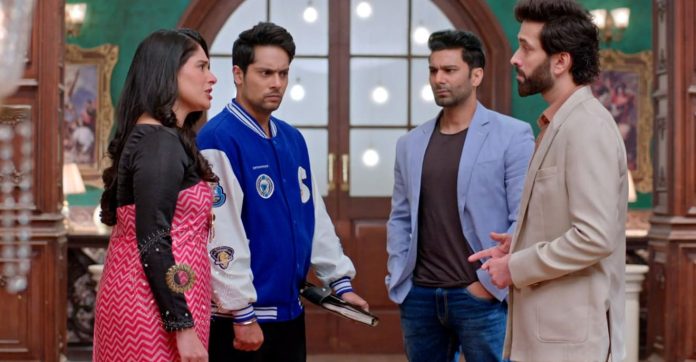 Bade Acche Lagte 17th October 2022 Upcoming Ram firm stand Ram confronts Nandini and Shubham. He tells that he was testing their truth, because they have lied to him before. He tells that Nandini had hid the truth and he has suffered because of her, but he doesn’t want to tolerate anyone hurting his daughter. He doesn’t want to give them a clean chit, when Priya has taken Nandini’s name as the culprit. Nandini tells Ram that she is upset with him, he has doubted his brother. Ram tells that Shubham has stated a wrong thing, he knew about the trust fund on Pihu’s name. He doesn’t care that Nandini and Shubham don’t like Priya, but he doesn’t appreciate their hatred.

He tells that they should not insult Priya and create troubles for her. He tells them about the incident that happened at the school. He asks Nandini if she had told the principal about Priya’s jail term for two years. She asks him how can he ask this to her. Ram asks her to just reply saying yes or no. Nandini cunningly denies it. Ram and Priya meet at Sara’s bakery and get emotional. Ram tells Priya that if loving Pihu is called selfishness, then yes, he is selfish because he wants to do the right thing for his daughter. Priya cries out emotionally and hugs Ram.