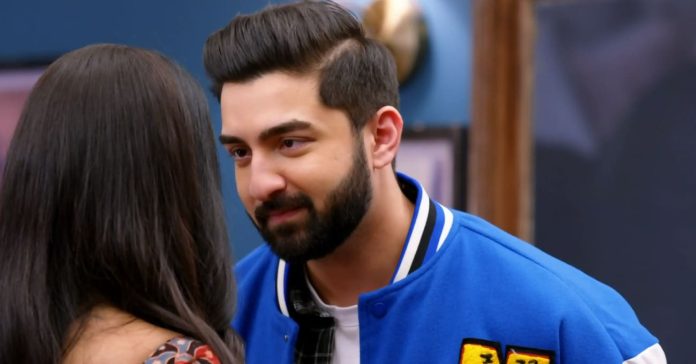 Bhagya Lakshmi 11th December 2022 Written Update Accident twist Sonal tells that Lakshmi’s good luck was saving her, but now its over, Lakshmi will meet her end. Lakshmi helps the people on the roads, and seeks their blessings. She happily goes to cross the road and reach Rishi’s office, just when Sonal orders Ashish to hit Lakshmi. Sonal asks Malishka not to worry, nothing will go wrong. Lakshmi doubts seeing a car following her. Ashish tells that luck is favoring Lakshmi today. He proceeds to hit her down, but a little girl comes in between to save Lakshmi. Rishi comes at the window of his cabin, and gets to see the accident. He finds Lakshmi in trouble.

Earlier in the show, Malishka gets Sonal’s message about Ashish getting close to hit Lakshmi. She gets excited and wants Ashish to do the work. Sonal tells that footpath is under repair, so Lakshmi is walking on the road. Ashish tells that it’s a good sign. She asks him to remember, they don’t have to kill Lakshmi. Ashish races the car to hit Lakshmi. Malishka reaches the spot to see the accident. Lakshmi moves aside and gets saved in time. She finds a girl crying for balloon. She buys balloons for her. She brings a smile on the girl’s face.

Sonal tells Ashish that they have to be very fast, because Rishi’s office is really close. She adds that they will meet Malishka first. Kiran reaches there and finds Lakshmi alive. She is relieved. She wants to save Lakshmi so that Malishka’s future doesn’t get spoiled. Balwinder also gets called at the same place by Sonal. He wonders the reason. He calls Malishka to know the matter, but she ignores his calls. He tells that she is so thankless. Malishka asks Ashish to leave the work if he can’t do. He tells that he will do the work on Sonal’s saying. She tells that Lakshmi has her good luck again, it’s a sign for them that they shouldn’t do this.

Ashish tells Sonal that Malishka didn’t get successful because fear and success can’t run together. Sonal asks Malishka not to worry. Malishka doesn’t want to get stuck in this matter. She tells that Lakshmi can die. She doesn’t want to get jailed for the murder case. Sonal tells that she will remove all the risk from her life. She asks Malishka to see how she removes Lakshmi from Rishi’s life. Kiran runs to alert Lakshmi about the danger. Ayush lies to Rishi about Shalu’s call. Ashish and Sonal follow Lakshmi, and hide from her sight. Kiran runs to save Lakshmi. Malishka sees Kiran in the picture. Ashish tells that Lakshmi won’t get saved today. Shalu asks Ayush is he okay. He asks her the same, because he was also waiting for her call. She tells that she was feeling restless. He asks was she missing him.

Ayush tells Shalu that he is feeling like they are talking after ages. Shalu asks him to do his work, they will talk later. Ayush tells that talking to her is also a work. She calls him lazy and asks him to do some work for real. Ayush teases her. Shalu laughs. Sonal asks Ashish to be careful. Some balloons come over the windscreen. Ashish hits Kiran by mistake. Kiran comes in between to save Lakshmi. Lakshmi attends Kiran and cries for help. Malishka rushes to get help, while the people on the road stop Ashish’s car. Rishi gets to see Lakshmi on the road and runs.

Ayush wonders what happened to Rishi. He follows Rishi. Lakshmi tries to get help for Kiran. Malishka calls for an ambulance. She runs to Kiran. She asks Kiran to wake up. Rishi also reaches there. Lakshmi consoles Malishka. Rishi runs to see the car driver. Sonal tells Ashish that she doesn’t want to get jailed. She sees Rishi coming. She asks Ashish to drive away. Malishka doesn’t to spare Ashish and Sonal. She finds Lakshmi caring for Kiran. Rishi asks Malishka to relax. Ayush finds the speeding car, and shouts. He notices the car number. He looks for Rishi.

He finds Lakshmi and Malishka crying, and runs to see. He is also shocked to see Kiran. Rishi rushes Kiran to the hospital. Doctor tells that Kiran is too injured. Kiran gets the medical attention. Malishka hugs Rishi and breaks down. Lakshmi worries. Sonal asks Ashish why did he hit Kiran. He tells that its not his mistake, Kiran came in between. She doesn’t know what to answer Malishka. Virender, Neelam and Karishma reach the office. Rishi tells that Kiran’s surgery is going on.

Lakshmi tells them that she was taking tiffin to Rishi’s office, Kiran came there and was calling her out, in no time, Kiran met with an accident. Ashish asks Sonal why did Kiran come there. He feels Kiran has come there to save Lakshmi. Sonal also feels the same. Doctor tells that the surgery went well, but she might slip in coma if she doesn’t gain consciousness. Malishka pleads for Kiran’s sake. She tells that she will meet Kiran. He tells that she can meet her after some time. Malishka runs to see Kiran. Neelam tells that Malishka is in pain seeing her mum in pain. She hopes Kiran gets conscious on meeting Malishka.

Malishka asks Kiran to open her eyes and talk to her. She weeps a lot. Neelam asks Rishi to inform the police. Rishi tells that he already called the police. The police arrives there. Lakshmi gives her statement. Inspector asks her about the car number. She gives the car description, but doesn’t know the number. Ayush recollects that he has seen the same car. He tells that he will recall the car number and inform him. Inspector tells that he has to take Kiran’s statement too. Neelam asks Rishi to be with Malishka. Rishi agrees. Sonal hopes Kiran is okay. Ashish asks her why is she thinking so much. She tells that Malishka is her best friend. She calls Malishka. Ashish pacifies Sonal. Malishka wants an answer from Sonal and Ashish.

Reviewed Rating for Bhagya Lakshmi 11th December 2022 Written Update Accident twist: 4/5 This rating is solely based on the opinion of the writer. You may post your own take on the show in the comment section.