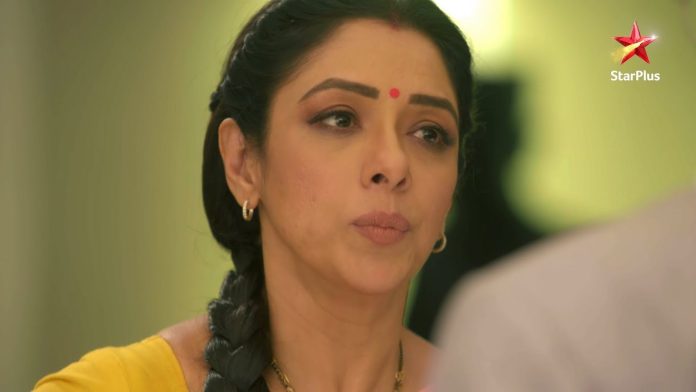 Anupama 12th December 2022 Upcoming Anuj Anupama tiff Adhik calls it quits in his marriage, because he has already given his hundred percent to keep the relation. He feels tired of his efforts. Barkha finds Adhik crying and asks the reason. Anuj pacifies a terrified Anupama. She tells that she was afraid of such a thing happening. Anuj asks her if she had an idea about it. Adhik tells the family about Pakhi’s appalling behavior. Vanraj reaches the Kapadia house and tells about Adhik’s decision of divorcing Pakhi. Hasmukh sides with Adhik, knowing Pakhi had troubled him a lot. He asks Leela why did she support and spoil Pakhi so much. Samar agrees with Hasmukh, while Paritosh feels its Adhik’s mistake. Hasmukh is upset that Vanraj has interfered in Adhik and Pakhi’s matter and made it so serious. He doesn’t want them to get blind in daughter’s love.

He tells that these fights will again trouble Anuj and Anupama. He is scared that Vanraj will cause fights between Anuj and Anupama. Kavya tells that they should also go there and find out. Anuj and Anupama ask Vanraj to stop and control his anger. Barkha defends her brother. Anuj and Anupama really have fights beginning in their happy marriage, because of Pakhi. Anuj gets upset that Anupama doesn’t want him to get involved in Pakhi’s matter. He tells her that he spoke to Pakhi because she is his daughter as well. She wants to handle the matter her way, which makes him regret his decision of sharing her responsibility. He leaves Anupama with her responsibilities. Keep reading for more news.

Reviewed Rating for Anupama 12th December 2022 Upcoming Anuj Anupama tiff: 4/5 This rating is solely based on the opinion of the writer. You may post your own take on the show in the comment section.