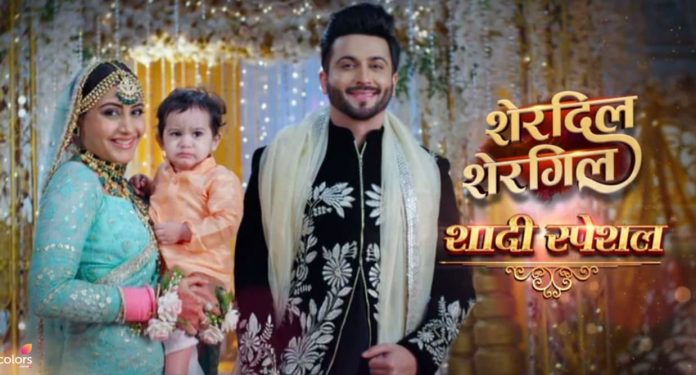 Sherdil Shergill 12th December 2022 Raj marries Manmeet Priyanka and Pankhudi try hard to stop Raj and Manmeet’s marriage, but they fail. Bhairav wants the marriage to happen, because he can’t lose his son. He wants to handle the situation with a calm mind, unlike Nirali who starts expressing her feelings openly. Raj gets unstoppable. He tells that he will marry Manmeet right away in the same mandap, since they have found Anmol. Manmeet recalls that Raj has found Anmol and saved his life once again. She owes it to Raj.

She promises that she will break the marriage soon. Bhairav plans to make Manmeet’s life hell after marriage, by keeping Raj in confidence. He wants Raj and Manmeet to fight and break their marriage by deciding mutually, so that Raj never leaves the family for Manmeet again. Manmeet and her parents grow emotional when Raj makes a forever father’s promise to Anmol. Raj and Manmeet hug Anmol, and take the wedding rounds. The marriage completes. Raj and Manmeet become husband and wife, and soon get blessed by Manmeet’s parents. Bhairav and Nirali unwilling portray their happiness and bless the couple.

Reviewed Rating for Sherdil Shergill 12th December 2022 Raj marries Manmeet: 5/5 This rating is solely based on the opinion of the writer. You may post your own take on the show in the comment section.