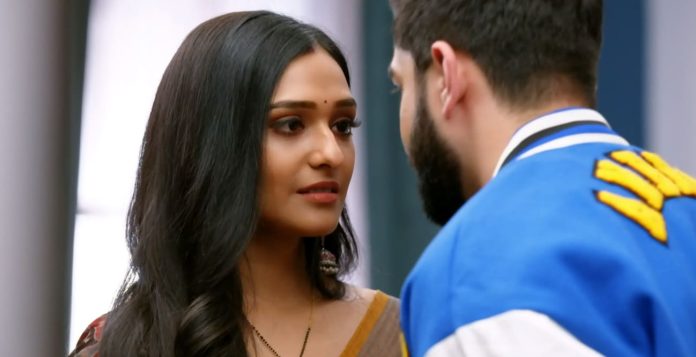 Bhagya Lakshmi 24th December 2022 Written Update Separation Virender tries to stop Lakshmi from leaving. He tells her that he will arrange a house for her, and also transfer some money to her account. He gives her some cash that she may need. She tells that he knows she is adamant and doesn’t listen to few things, he won’t arrange any house or money. He agrees to her. He tells that she shouldn’t refuse to him. He asks her if he can come to meet her. She tells that her house is also his house, she is his daughter, she can’t lose him. She asks him to please come and meet her to give her courage. He asks her if she is asking courage to stay away from them. He tells that he needs courage to send her away.

He asks her to remember one thing, he is always with her. He wants her to always stay happy. He blesses her. Lakshmi leaves the Oberoi house. She comes to her family. Rano tells Neha that Lakshmi has divorced Rishi. Neha calls Lakshmi mad. Kiran looks for Malishka and Sonal. Kiran asks them what are they talking about. Malishka gives her the good news. She tells that Rishi and Lakshmi have taken divorce, and soon Rishi will marry her/Malishka. Sonal tells Kiran that Rishi is only of Malishka. Kiran slaps her hard and scolds her. She tells that she is still in guilt. Sonal leaves from the house, after yelling at Malishka.

Kiran asks Malishka not to tell her anything. Malishka wonders what happened to Kiran. She is thankful that Lakshmi left the house because of Sonal. Neha asks Rano how did Lakshmi get divorced. She tells that Ayush won’t marry her now. Rano is also angry. She tells that Oberois would be cursing Lakshmi and her also. Neha gets angered on Lakshmi for ruining everything. Lakshmi remembers the sight of Rishi and Malishka’s intimacy. She sheds tears. Bani and Shalu support her.

Malishka calls Sonal. She fears Sonal’s anger. She calls Ashish and asks for Sonal. He tells that Sonal called him, she was sounding really upset. He gives their address. Malishka tells that she is coming to meet Sonal. He doesn’t care if Malishka meets her or not. Lakshmi is really upset. Rano thinks if Lakshmi has taken the alimony or not. Rano hands over a glass of water to Lakshmi. She asks Lakshmi if she has taken the money from Oberois. She scolds Lakshmi for not taking anything from Oberois. Lakshmi tells that she has refused for the money. Rano gets into an argument with Lakshmi. Malishka meets Sonal and apologizes to her from Kiran’s side. Sonal is much upset. Rishi misses Lakshmi.

Reviewed Rating for Bhagya Lakshmi 24th December 2022 Written Update Separation: 5/5 This rating is solely based on the opinion of the writer. You may post your own take on the show in the comment section.