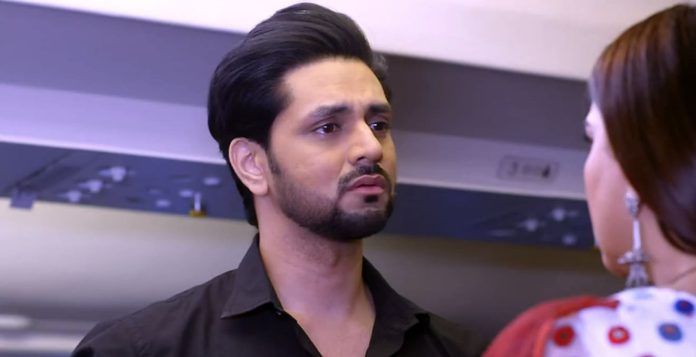 Kundali Bhagya 30th December 2022 Written Update Karan in danger Rakhi tells that they will worship to Shiv and get saved from the snakes. Shrishti tells that they got saved from terrorists. Preeta asks them not to panic or blame each other, they shouldn’t get scared, they should help each other. Karan agrees with her. He tells that they have to forget their differences and battle with the snakes. Kavya looks for her friend Priyu. Kareena doesn’t care if they weren’t together with Arjun, they have to work as one team now just to protect their lives. Kareena and Khurana get into an argument. Rakhi asks him to adjust for some time.

Shrishti tells that Priyu is missing. Preeta asks about Kavya’s whereabouts. Karan tells that Kavya might have gone to find Priyu. Karan and Preeta rush to save the kids. Kavya asks Priyu to come with her. Priyu tells that she will not leave her seat, she is safe here. Kavya asks her not to get scared of the snakes. They see the snakes and get terrified. Preeta and Karan reach there. They try to save the kids. Karan gets bitten by the snake. Priyu feels suffocated. Preeta and Karan take the kids with them. Priyu tells Shrishti that she was scared of the snakes. Shrishti asks her not to worry. She assures that they all will take her to her mother.

Karan helps the people, by forgetting his pain. Preeta suggests some first aid methods to deal with the snake bites. Vini and her husband take care of the kids. Preeta goes to the cockpit. She asks the pilots to please help. The hijacker wants some reply from the authority. Preeta asks the pilot to land the plane soon, there is a big problem because of the snakes. Pilot tells that there is a technical problem in the plane, he can’t land it. She tells that the snakes are biting the people. He asks the pilot to contact the authorities and get immediate help. She tells that they have to land the plane someway.

She tells that she wants to hate him, but she is thankful to him. He asks her to forget the past, one can’t live with grudges, when life is so short. He suggests that they should live happy. He doesn’t want to believe anyone blindly. He tells that her lie didn’t work out. The man tells Rishabh that someone from the flight is trying to connect. Preeta connects to officer Sushant. Rishabh hears her voice. He asks her is she okay, and is Kavya okay. She tells him that there are many snakes on the flight.

She tells that the snake has bitten Arjun when he went to save Kavya. She asks him to arrange some help for the passengers. He asks her not to worry, they are going to meet the lady who can help them in dealing with the snakes. He tells that everything will get okay. Sushant tells that they almost reached, they will call her back. Anjali asks Preeta not to let anything happen to Arjun. Preeta promises that she will save Arjun. Rishabh asks her not to worry and take care of everyone. Preeta asks them to call back soon. Rishabh, Sushant and Anjali reach the lady’s house. The lady tells that she is innocent, she isn’t smuggling the snakes. Sushant tells that he has come to take her help.

She asks him to leave. Rishabh and Anjali try to convince the lady. He explains that they didn’t come to harm her, but to seek her help. He tells that his entire family is stuck on the hijacked flight, the snakes have conquered the plane. He adds that Arjun saved his daughter’s life, he got bitten by a snake. He wants to save Arjun’s life. He begs her to help them. The lady agrees to help. She asks for the snake’s picture so that she can help them in treating the affected people. Sushant tells that he will connect to Preeta. Rakhi takes care of Arjun. Karan calls her mom and sheds tears. Preeta gets puzzled.

Reviewed Rating for Kundali Bhagya 30th December 2022 Written Update Karan in danger: 5/5 This rating is solely based on the opinion of the writer. You may post your own take on the show in the comment section.