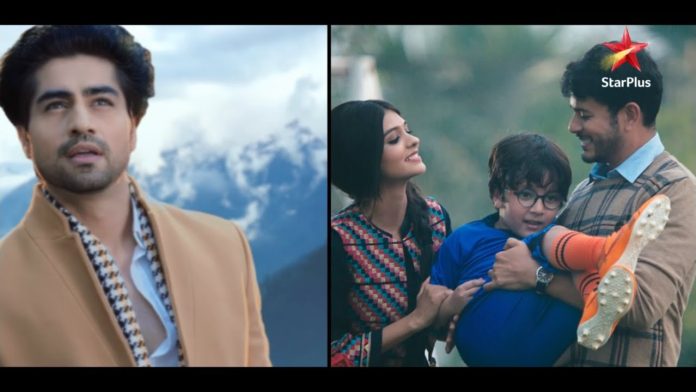 YRKKH Abhira clash 18th January 2023 Upcoming Akshara tells that Abhimanyu wasn’t with her in the phase of life when she needed her a lot. She feels their relation was till here itself. She buries his memories. She tells that she has made new memories in her small work with her son Abhir and friend Abhinav. After six years, Akshara is seen living happy with Abhinav and Abhir like a small happy family. Abhinav asks her not to encourage Abhir to fight. She tells that she has tolerated a lot by staying silent, she doesn’t want the same thing to happen with her son, she wants her son to fight back for what belongs to him. She gets to see Abhimanyu’s picture in the newspaper.

She tells that she will not let her past enter her present and spoil her life. She encourages Abhir to fight with the problems of life, and also protects him from the shadows of her past. In the upcoming episode, Abhinav asks Abhir and Akshara to respect his word, as he listens to them always. He tells them that when Abhimanyu comes, they both will become his fan. They don’t think this would happen in their house. Abhinav tells that he is adamant, and nobody can stop Abhir, Akshara and Abhimanyu from meeting.

He invites Abhimanyu home for dinner, after convincing Akshara to meet him once. He asks Abhimanyu to meet his family before going back to Udaipur. Abhimanyu finds a connection with Abhir. He agrees to meet Abhir, and also his mother. Abhinav waits for Abhimanyu. The powercut makes the house get dark. Abhinav plays with Abhir to pass time. Akshara welcomes Abhinav’s guest home. She doesn’t see Abhimanyu’s face clearly in the darkness. Fate brings AbhiRa together once again. What will be the outcome of their meeting after six years? Keep reading and watch the promo below to catch a glimpse of Akshara’s new world.

Reviewed Rating for YRKKH Abhira clash 18th January 2023 Upcoming: 4/5 This rating is solely based on the opinion of the writer. You may post your own take on the show in the comment section.