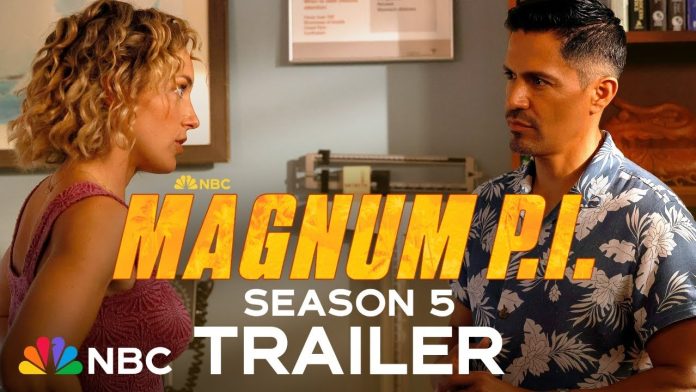 Magnum P.I. Season 5 Trailer Starts 19 February 2023 Magnum P.I. Season 5 Trailer Watch the action-packed journey update on Tellyreviews In the American criminal drama television series Magnum, P.I., Tom Selleck plays Thomas Magnum, a private eye based in Oahu, Hawaii. The show aired on the American television network CBS for its initial run from December 11, 1980, until May 8, 1988. During the first five years of its initial run in the United States, Magnum, P.I. frequently rated in the top 20 U.S. television programmes in the Nielsen ratings, peaking at number three for the 1982–1983 season.

Magnum P.I. will debut on February 19, 2023, and has already been renewed for a fifth season. About a month after the Season 4 conclusion of Magnum P.I. in May 2022, the show’s renewal for Season 5 was officially announced on June 30, 2022.

The teaser opens with Thomas telling Juliet that she knows he has good news because he has a particular expression on his face, a playful allusion to NBC saving the show from cancellation. The remainder of the clip then switches to action-packed scenes with a nod to the show’s signature humour. Magnum P.I.’ Season 5 Trailer Starts 19 February 2023. Catch the Trailer below.