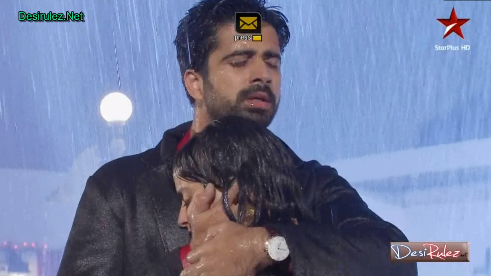 Varad, Shlok’s brother does the Valentine’s day surprise arrangements for Shlok and Astha. He asks Shlok to reach the restaurant stating work purpose. Varad tells Astha to check the arrangements reaching the place saying the surprise is for Sojal. Sojal sees Astha in hurry and locks her room’s door. Astha bangs the door calling out anyone to help her out. Finally a maid frees her. Astha rushes to the place and finds Shlok there.

Astha and Shlok get closer and have romantic moments between them. Astha hugs Shlok as her feelings have started to develop again knowing Shlok is innocent and did not frame her dad in fraud case. She revives her love for him. Shlok names Swati and she is shocked. Shlok recalls Swati and Astha does not exist for him. Astha is hurt by hearing Swati’s name. Will Shlok really love Astha ever? Will his hatred turn into love? Keep reading.