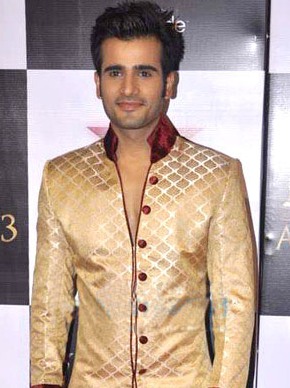 Karan Tacker celebrated his birthday with his family on 11th May the same day as Mother’s Day and it was very special for him. He congratulates his mother and says that she is very fortunate to have him as her son.

Karan asks his mother to demand anything;
Karan’s Mother: says that Karan has brought bags from United States and her children shop for her. Karan speaks on his feminine quality of excess shopping for himself. She says that in every home, Karan should be born and says that he is a very nice boy.. She speaks on her stay abroad with her husband and came specially to India for Karan’s birthday. Furthermore, she speaks with Karan on phone for many hours sometimes until 3-4 am in the morning while they discuss on a varied number of things,

Karan: says that his best friends are his family – Mom, dad and sister.. They openly discuss personal (girlfriend issues as well) and professional lives. His Sister Sasha has made birthday Cake and also was creating air bubbles..

Karan: says that the cake is very special and it reminds about the time when his sister used to make muffins and he has to try and give his feedback. With time, he says Sasha became fantastic.. Sasha says that Karan used to appreciate her muffins a lot. She says that because of Karan’s birthday, they are listening to his mischeive.

They cut the cake and sing the regular Happy birthday rhyme and also wishes him ‘Many Girlfriends to you’.. Karan is very happy with his family during the cake cutting moment.

Karan thanks his fans and audience for staying with him always and also every year many days before his birthday the fans starts to plan about his birthday and he is cherished with the admiration for him. He gives a bouquet of flowers to his mother so as to celebrate Mother’s Day. Karan signs off by wishing a Happy mother’s Day to all the ABP news viewers’ mothers and to all mothers.

Karan is the host for Bindass show – Halla Bol and will be seen as one of the participant in the upcoming show – Jhalak Dikhla jaa 7 (Dancing with the Stars) on Colors TV.

Additional Notes:
– Karan was born on 11th May 1986 in Mumbai and works as an Indian television actor and host. He studied Business Management and then turned to Acting and Television.
– Karan was recently in Florida, United States for IIFA 2014 (23rd to 26th April 2014) and played the host for IIFA Green Carpet and during the IIFA weekend went for cycling with Deepika Padukone..
– IIFA 2014 Snapshot and IIFA 2014 Awards – Winners