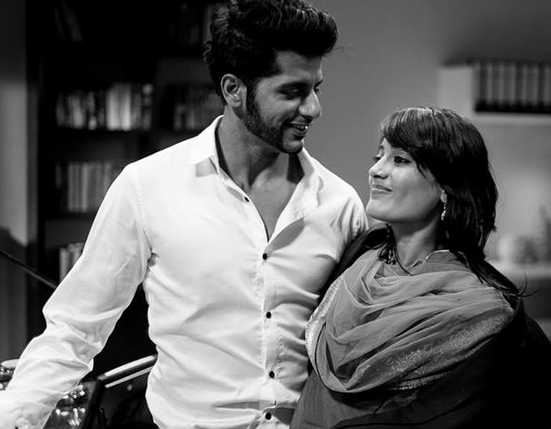 Tanveer has sent her goons to kill Sanam, and orders them to bury her alive in the graveyard. The goons catch Sanam and drag her to the graveyard. They lay her in the coffin and bury her. Sanam tries hard to free up but fails. The hero makes a filmi entry just in time when the heroine’s breath is getting flat. Aahil looks around for Sanam and finally senses some sound in one grave. He quickly digs it up and sees the coffin. He puts all his energy to open the coffin and is shocked seeing Sanam unconscious. He panics and tries to wake her up. He promises he will never fight with her again and asks her to get up just once. He gives her mouth to mouth respiration and Sanam gets a breath. He rushes her home calling the doctor, which shocks his mum Tanveer. She wonders how did Sanam survive. She acts sweet to Aahil and is just worried about the will papers. She thinks to find out till Sanam is not in her senses.

Tanveer wants to get her hands on Nawab Sahab’s (Aahil’s father) will as she wants everything to be hers, all the property should be of her son Rehaan, who is her illegitimate son whom she has always hidden from Nawab Sahab. She acted great infront of him, as she was his second wife, who accepted his first wife’s son Aahil by heart and showed real concern for him. Initially Nawab Sahab was happy with Tanveer for taking good care of Aahil, but after knowing her real motives to get his property, he angered on her, which made her shoot him. He died and Tanveer played a smart move by keeping the gun in little Aahil’s hand while he was sleeping.

Tanveer made sure to make him believe that he has killed his father. This guilt has made Aahil have a troubled past and this is the reason of his arrogant behavior. Tanveer showed him taking all the blame on her and going to jail for 12 years, which made Aahil believe that she is the savior of his life and he owes himself to her. Aahil is unaware of many secrets of Tanveer such as his dad’s death, the property will and Rehaan’s identity. Tanveer is a great mother in his eyes and soon this myth will be broken by Sanam. Tanveer has a sweet relation with her other son Rehaan whom she secretly meets without Aahil knowing it. She tells him everything from her heart and asks him to understand why she is doing this, it’s just for him and his good future. Rehaan complies to her.

Talking about the lovers, Aahil and Sanam are getting closer. He takes good care of her, giving her medicines, being with her all the time, making sure she is fine. He sits by her side while she sleeps. As he moves to go, she holds his hand and hugs him tightly asking him to save her, as the goons won’t leave her, as she wants to live her life and not die. Aahil too acknowledges her hug and comforts her in his arms. Aahil asks her not to worry as he is with her always. We wish to see their love reaching heights and their rocking love confessions. Their anger track has finally ended, and now the viewers will get to see some good romance between the couple. Aahil and Sanam’s cozy moments can raise the viewer’s eyeballs and Tanveer’s BP. Let’s see what this cunning woman does now!!