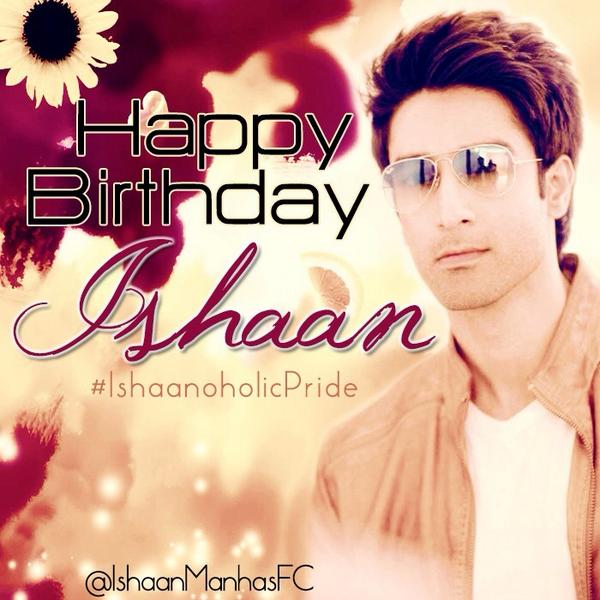 First, Tellyreviews want to wish Ishaan a very Happy Birthday and wish him the very best the year ahead and in Life. Ishaan is a young and talented actor and fits into being called handsome hunk. He made his debut on television with Zee TV’s show Ek Mutthi Aasmaan (EMA) [2013-2014]  playing an important role of Samar Raizada (Sammy) – Raghav’s best friend. His effortless portrayal of Sammy resulted him in getting a fancy and close-knit fan following who has given him the title of “Love Guru” since he enacted the role of Cupid and offered his help to unite Raghav and his lady love Kalpi. Currently, he is playing a parallel lead in the role of Veer Dev on Sony Pal’s show Hamari Sister Didi [2014 – present, the show is adaptation of TV series Hawthorne]. Veer is a handsome, honest, dashing and faithful cop and also harbors a soft spot in his heart for one of the nurses working in Muskaan Hospital. Let’s first dvelve into how he forayed into acting and then go deeper in how he connects with fans and what he meant to them ?

Coming to Ishaan’s acting sketch, he is a graduate from Kishore Namit Kapoors Acting Institute (Delhi) and he was originally from Delhi. He made his Bollywood debut with the movie Aashiqui.in playing the role of Cyrus [A college swim champ] in 2011. He has also worked in TV commercials and other online brands. Now turning into Ishaan’s connection with his fans, Ishaan maintains a healthy and vibrant discussion with his fans on Twitter and always strive to reply to them in all earnest. In his Twitter chats with them, we see his positive and good hearted personality which connects well with his fans. In return, the fans are very proud and happy because of the ease to connect with him. He is also part of #Twamily on Twitter along with Ashish and Rachana. Thus, one word best describes him – Heartthrob for his fans.

Finally, TellyReviews and Twamily want to shower our heartiest greetings to Ishaan and we wish that this year will be the launchpad for Ishaan’s bright future, sure he will give it a good kick start for a long blissful life ahead. HAPPY BIRTHDAY ISHAAN!!