The story is about Veer and Jhanvi. Jhanvi is a young girl coming from an influential family having security guards at her home. Jhanvi’s father is not afraid to take law in his own hands.

She decides to run away from her home and manages to do it. But soon she finds some men following her on the road and in this way she comes in contact with Veer without any coincidence, who works as a body guard. She asks Veer for help and informs about being chased. Veer helps her in that distress. Sooner, Jhanvi is taken back to her home by Veer and he is informed by her father on knowing why he takes so much money in his work as a body guard. It was a indirect taunt at Veer by Jhanvi’s father who tried to suggest that Veer helped Jhanvi for monetary gain.

Jhanvi was unhappy with Veer since she was taken back to her home and was hating Veer. But her hate has another dimension to it which was love for him. Soon, both realizes their mutual love. Jhanvi opens up and informs her father to marry Veer and expresses her feelings. However, such open expression of her thought is not acceptable to her father. He takes out the gun and suggests that marriage thing will never happened and tries to shoot. How did Jhanvi’s initial hate have changed into love for Veer ? What transpired them to stood-up for their love in spite of knowing well the opposition and danger ? Does Veer and Jhanvi’s love story have a happy ending ? Stay tuned to Yeh Hai Aashiqui this Sunday @ 7 PM on Bindass. 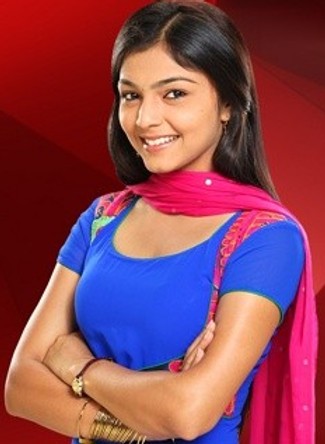 * Jhanvi’s father role is played by actor Mohan Kapoor
– He worked in TV’s and films and dons many roles – Actor, voice-actor, TV Host, make-up Artist.
– Portrayed the role of Mr. Oberoi in Life OK’s Amrit Manthan (2012-2013) and many other TV shows and movies.
– Also Working in current Star Plus’s show Everest.
– Read more about his movies and professional career at his Wikipedia page.