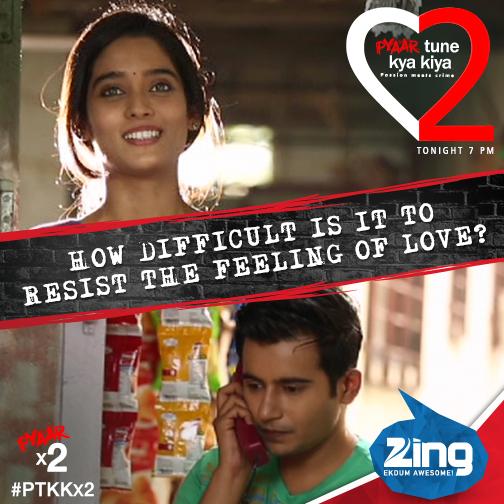 Surbhi Jyoti (the hostess) starts the show and speaks that we have two societies – rich vs. poor and they don’t have any relation between them. Today’s story is about Vasu and Amruta belonging to two such extremes of the society.

The story starts with Vasu – rich boy is getting bail at the police station. Vasu speaks in front of police that he can buy the club in 1 minute and soon he learnt that his inheritance will haven’t been alloted to him. He will know about the  will atmost by tomorrow. Vasu was speaking with his uncle who is also his lawyer. Vasu’s grandfather has passed away and he has been told to stay in a Chawl and also study in a nearby school for one year. Vasu has to follow the conditions of the will otherwise all the property will go to his grand father’s trust. Vasu is annoyed and soon meets Kadam uncle in not so happy manner. He is being told to take care of himself and his Uncle doesn’t want to help and even takes away his phone and Kadam ji speaks of taking care of Vasu. Vasu enters the chawl and is waiting for his room and Kadam’s daughter Amruta comes to help him. Another boy tries to mingle with Vasu but in vain. Amruta speaks of having a fish stall nearby and he will have fish smell. She shows the room and suggests that it is painted  and also have some plants. She thinks he is very quiet and he becomes annoyed. He calls whether the room is 5 star suite and she calms him down and leaves. Amruta and her father argue with each other and soon Vasu comes there without wearing any shirt and speaks of not getting water. He takes bath in Amruta’s home and also eats at her home. Kadam asks him to cook by himself by next day. It turns out to be his birthday and is not so happy with his food. Amruta is taking some medication for some illness. Later, Vasu speaks of staying in the chawl so as to meet the conditions of will and a property worth 50 crores INR is at stake.

Surbhi (the hostess) speaks that Vasu’s life changed and has to follow his grand father’s will. His focus was to manage somehow to stay there in Chawl for one year.

Next morning, Vasu wakes up [Thamsa Gaya Hain Yeh Sama song plays] and finds Amruta doing Aarti (prayers) with kids. He prepares to go to school and walks on the road and find the same boy Avinash who was playing Goti with some other boys. Avinash tries to pull Vasu’s leg and soon Amruta comes there to Vasu’s rescue. She confronts Amruta and instead accepts the challenge of Goti in place of Vasu and hits well. She goes with Vasu and reaches the school. He learns that his grandfather’s name is engraved on the school’s notice wall. He thanks her for supporting him and she asks whether he knows smile. He opens up and suggests on not knowing how to cook. She asks him why he is there but he doesn’t give her details. Both decides to eat together Poha after the class. Vasu begins to attend the class and Kadam ji is taking the class. The same boy Avinash is being scolded since he got only 30/100 and he speaks to himself Aata Maaji Satakli. The class ends and she meets Avinash. Avinash speaks of getting insulted in front of Madhura – his best friend and speaks of his own style in Tapori language. Vasu also speaks in Tapori style and have fun and thinks to be in company of them to survive there. Later, Vasu eats Poha with Amruta. She speaks of taking care of family and cooking after her mother passed away. He also speaks of losing his parents early and his grandfather have supported in his grown-up years. He thanks her and soon finds her taking some medicines. She speaks of being fine when asked about medicines. Later, in the night he is seen with Amruta helping in preparing food. Both speak about Avinash and his poor background. Just then, she was going to take wheat flour but the container falls on him. In the process, there was a cut on his finger and she speaks on not knowing the things in life and its unpredictable nature.

Surbhi (the hostess) speaks that Vasu’s personality got changed and he was having positive change and doing things on his own and with passion and it has been brought by Amruta.

Vasu is seen attending the temple and doing Aarti (prayers) with Amruta and other kids [Thamsa Hain Gaya Yeh sama song plays].. Amruta looks at him in school and smiles. Later, she meets him when he was watering plants in his home. She informs that the plants need water in morning and not in night. She smiles on his activity. Next day, Avinash tries his luck at Madhura asking for tea and finally she agrees. Vasu was ecstatic to see Avinash and Madhura and soon meets Amruta. She learns that he brought Poha for her and he speaks of cooking by himself so as to impress her. She finds it tasty and he also tries and finds lot of salt. Amruta is seen taking more medicines and suggests it to be vitamin medicine. Later, Vasu meets Avinash and Amruta in the school park who were looking sad. Avinash speaks of annual function in his area and she suggests of giving same performance – Kathak, Group song and wants to do something different. He suggests that individual talents like fusion of Indian classical, Bollywood, contemporary and it will be more fun and successful. They agree to his idea. Vasu and Amruta are seen doing some contemporary dance moves and rehearsing for the annual function. She continues to take medicine at regular intervals and both are seen together having a tea. She thanks him and in return he thanks her for having lot of change in his life and now values relationship. He speaks of always feeling very special because of her and got confidence. He then speaks of loving her and cannot help it with a smile. She becomes quiet on hearing it and leaves.

Surbhi (the hostess) speaks that when someone is alone, then he will look for company and he found such support in Amruta. Vasu thought that Amruta also likes him but that was not the case. She was angry with him and rejected his proposal.

Amruta and Vasu have awkward moments in the class but they continue to carry on with their dance rehearsals. During their dance, she is uncomfortable and he thinks that she is not showing interest and he suggests that they need to talk. He asks Amruta the reason why she is avoiding him. She speaks of not having time. He speaks of loving her and she starts to cry. She opens up and informs of having congenital heart disease and doesn’t want to see him worried after she passes away. She apologizes to him and cites on not having time and leaves. Vasu gets a shocker [Mujhko Sehna De… Teri Wafa.. song plays] and remembers all the good moments with Amruta and feels helpless. Vasu speaks with Kadam – Amruta’s mother about her illness and he informs of needing 50 Lakhs INR for her treatment which is lots of money and he couldn’t support it. Vasu meets his uncle who is also lawyer and speaks directly of his need of money to save someone’s life. He requests dearly but his uncle informs that all the money is with the trust. There are 2 months for the will conditions to complete its term. Vasu wants help at the earliest. Later, Vasu meets Amruta and asks her to not come for the rehearsals. She wants to do dance to spend her life according to her wishes. Vasu prepares for the annual function and have also invited the Trustees for the function and hope that trustees will agree for his request. The function’s name is Fight for Life charity event, part of Annual function. Vasu and Amruta give a performance there [Kehta Hain Khuda.. Ke liye.. Kuch to Tujh Se Raabta.. song plays] in contemporary style in white clothes. Just close to the end of the dance, she falls down and becomes unconscious.

Amruta is taken to the hospital and her health is in bad condition. Vasu speaks with his uncle on his preparation for the annual function to raise money for her and also to impress the trustees. His uncle informs that the trustees are impressed with him and will give 50 Lakhs INR for Amruta’s treatment and also support other needy people. They credit Vasu for his goodwill nature and his efforts in not forcibly asking them money. Vasu is happy to hear that good news. Vasu meets Amruta at her hospital bed. She informs of having lost all the hope earlier but now got a new fresh lease of life. She confesses her love to him and finally both are together and their love story ended on that happy note.

Surbhi speaks that Vasu initially was hating to stay in Chawl and study in Marathi school. Soon, he started liking the stay after meeting Amruta. All the money and his grandfather’s inheritance was looking smaller to him infront of Amruta’s life. Nevertheless, he fulfilled all the conditions of the will and also supported Amruta in her health treatment with his deeds which has impressed the trustees. Surbhi asks the viewers to share their opinion on what they would have done if were in Vasu’s place and they can use the hashtag #PTKK on Zing TV’s Twitter and Facebook page.

Additional Note: 17th November
* We (TellyReviews) believe that actors gave a good and all-round performance to an interesting plot. Congrats to Actors, and the team.

Info on Cast:
* Vasu played by actor Aditya Singh Rajput
– Aditya is an actor and has worked in Bollywood movies U Me Aur Hum (2008), Krantiveer: The Revolution (2010) and upcoming Choron Ki Baraat (2014) and also worked in MTV’s Webbed in 2013 portraying the role of Aditya Singh.
– Recently worked in Pyaar Ka The End, 4th Episode aired on 5th September 2014 and have played the role of Veer. If interested, read that episode WU here.
– Aditya’s Facebook page and Twitter page. 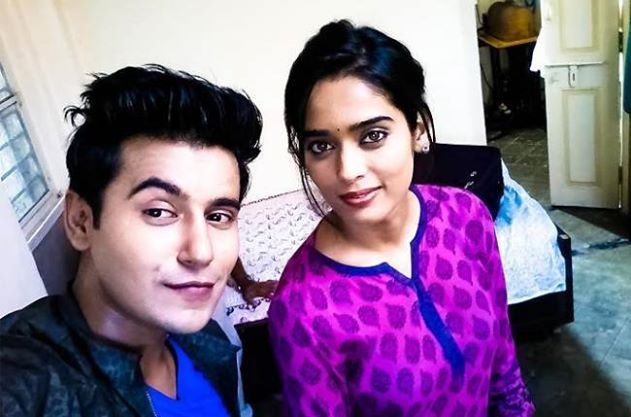