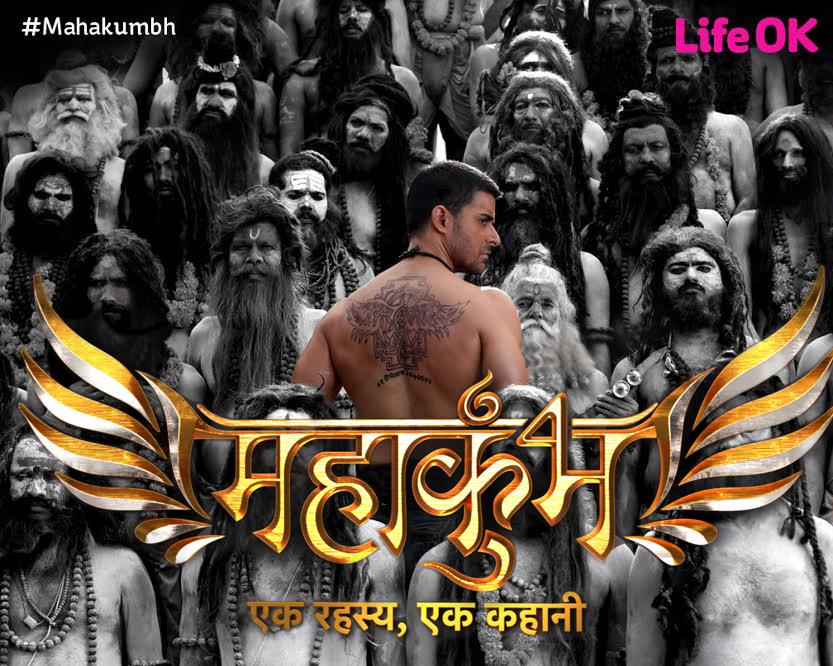 More details are coming on Mahakumbh which has the blend of Hindu mytholology with international Espionage Thriller. Its about solving a mystery in the 21st century while following Rudra’s journey who is a hero by birth, have unmatchable powers, stands tall and alone, and lives in a cemetry (shamshan ghat). Some of Rudra’s qualities are powerful, aggressive, secretive, mysterious and compassionate.

The show will focus on relationships, modern setting with underlying space for contemporary and period drama. The mysteries will unravel from contrasting locations – Benaras and Europe. Rudra is being taken care by a foster-mother after birth and has affectionate bonding with her. The story also incorporates belief of centuries in its repertoire and will highlight contemporary crisis the mankind will face in future and how we stand as selfless protectors. Thus, the show is centred on future. Mahakumbh starts from 15th December @ 8 PM (Monday to Friday) on Life OK. Stay tuned for it.

* Additional Actors who are revealed now: Azad Ansari portrays Rudra’s childhood friend Charles and Kelli. They are having inquisite roles.
– Azad have taken actor training from Kreating Charackters Institute Mumbai and has worked in a Bengali serial – Mira MBA in lead role and also worked in Television commercials.

* Actor Manish Wadhwa, part of primary cast will be looking in a new modern avatar. This is much different from his portrayal of Niranjan Agnihotri in IPKKND2.

* For Fun Facts on Mahakumbh, check on the show’s production website.

* Tagline: Ek Rahasya, Ek Kahani [One Secret, One Story]
* Additional Tagline: A 21st century biggest secret; A wounded boy who lost his soul; A mother son bond; A rise of a Hero
* Mahakumbh is a finite TV series and will have 2 Seasons with 60 Episodes each. If interested, read our first article on Mahakumbh here.
* Download Ringtone if interested from here.

Mahakumbh Lyrics: You can read them on Life OK’s facebook note here

We tried to write few lines from the lyrics (3 paragraphs) (which were in Hindi) and clarify that they are not exact match, and are written below.

Don’t say anything it is the start. Even the nature is also supportive. There are many colors of sacred Ash. There are interactions between sky and water and how nature sees them quietly since its just the start.

In one way, we have to live life. It has childhood which is very quiet and inquisitive and also mother’s care and tears. The fire of people during their funeral are seen and asking why the deceased are quiet and these questions revolve day and night. Don’t say anything about it.