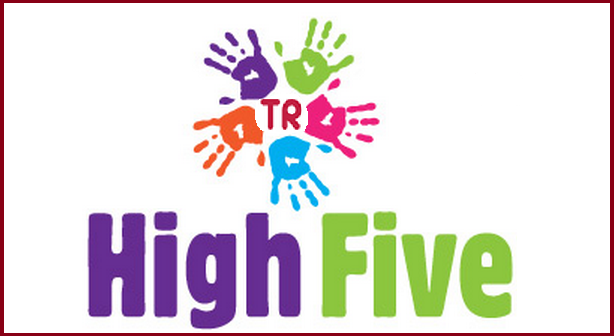 Shagun creates a drama which infuriates Ishita. The family is stunned knowing about the deal Raman made with Shagun to take over Adi on the cost of Ruhi. The impression on Ruhi comes like the family wants the heir/male grandchild and is giving her away to Shagun to get Adi. Meanwhile, Ishita stays close to Ruhi and is adamant that she will not let Ruhi go away. Raman too is moved by the emotional waves getting drawn in his life once again and loves his children equally. Shagun plays the trump card by snatching Ruhi and getting her full custody. Raman and Ishita get together again for Ruhi and struggle to fail Shagun’s plan. Bhalla family requests Shagun to end the custody case and just let them stay in peace. Shagun has high plans to ruin their happiness. She just permits them 24 hours and Raman is worried knowing the court is closed. He gets tensed seeing Ishita shatter. Really bad news for YHM fans, but truth’s victory outshines when evil fails after all its efforts!!

Minty succeeds to create doubt in Rajat’s mind. Astha’s sister Priya gets in her plan and starts meeting Veer often, showing her persona as Anu and angering Rajat. While Anu is unaware of Minty’s plan, she tries to solve Alka and Rohan’s problem. Minty starts keeping Anu in dark and decides to make her love life hell by making the lovers hate each other. Veer tells Anu that he has no plans to marry, but he met Priya on her insistence. Anu asks him to rethink and move on. Devyaani wonders about Neil’s proposal to take their friendship ahead and thinks they really have something between them. She gives her nod to his love and the duo spends some romantic moments. Devyaani gets tensed as Minty starts finding about her and Neil.

Astha’s close stay with Indrajeet irks Shlok and even Poornima. Ahilya sees a good life partner for Indrajeet in Sapna and tries to clear her doubt on her by taking her loyalty test. Astha surpasses it and does not know she has some more problems in queue. Shlok and Astha make Kavita free from her limited spaced life. Ahilya rages on Niranjan’s effect on Kavita till now and permits her to lead her life as Niranjan’s wife. Anjali does the Holika Dahen puja at Anjali Niketan/Ahilya Nivaas and Astha helps her out in hiding from Sarkar family. Ahilya makes Kavita do the same puja seeing her happiness lies in being tied to Niranjan’s name. Astha manages to take away Anjali on time and sets clear picture. Shlok and Astha get major shock when Ahilya chooses Sapna for Indrajeet.

The Holi function and Veera’s love confession brings Baldev close to her. He applies color to her face, and assures her that he wishes her to stay with him, ending the one month time frame. Manjeet and Bansuri see their plan failing and fill his ears saying Veera does not respect him, and just winning him over to save her marriage. Veera gets sad over Gunjan’s miscarriage and Baldev supports her emotionally to come over this tough phase. Manjeet breaks out the news to Baldev that Veera has been giving him psychiatric medicines by mixing it in milk glass and she treats him with pity regarding him mentally ill. Baldev is shocked by this revelation and his trust on Veera breaks again. Veera and Ranvi share a moment and speak out their personal problems. Veera decides to end Baldev’s doubts and the couple has an argument. Veera tells him that she does not has pity, but its her love and respect for him that made her stay back with him to end his trauma. She tells him that she is not running over to keep her marriage, but to keep up his wellbeing. A touched Baldev accepts Veera by his heart. The next track is Baldev’s relation with Manjeet, while Bansuri is hiding a big secret of his birth.

Sandhya’s sleepwalk problem in her pregnancy makes her fall in high risk. Sooraj spots her eating chalks and she throws them out to hide them. She then goes to take the chalk in her sleepwalk and slips from the edge, just to get saved by Sooraj in nick of the time. Sooraj recalls Ankit’s miscarriage and starts caring good care of her to assure her safe delivery. Sandhya brings Chavi’s life on track and makes her realize her hidden talent of designing clothes. Chavi leaves for Mumbai to pursue her designing career.