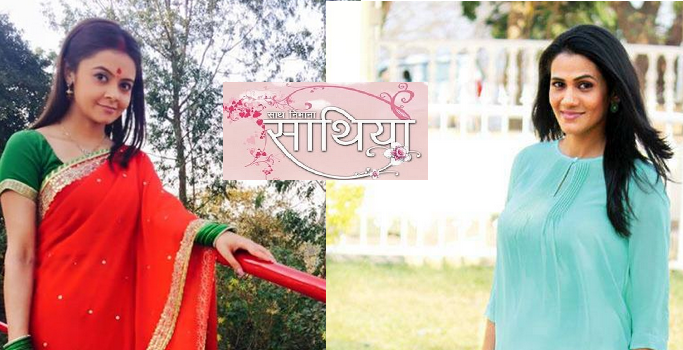 Urmila has lost her partial mental balance and she has been doing morally correct things now, which she never did before. She asks Kokila to make sweets for her while Kokila is ill. She insists a lot and Gopi asks Urmila to understand that Kokila can’t make it now. Ahem says he will order Gulab Jamun from hotel. Mansi acts sweet and says the same to Urmila. Urmila gets angry and asks why did Mansi talk in between family. She gives Mansi a solid slap, which Kokila too could not do. Ahem gets raged and raises his hand on Urmila, but Kokila comes in between and stops Ahem. Urmila hides behind Kokila and cries.

When tough times comes, Kokila always take a stand. Mansi feels humiliated and says she will leave the home. Kokila apologizes to Mansi and still Mansi and Meera leave. Vidya asks Mansi to end her annoyance and gets tensed being stuck between Mansi and Gopi. Gopi understands Urmila has done the right thing and is glad about the slap. Mansi decides to take revenge for the slap from Gopi and Kokila, by snatching Ahem from them. She takes away Meera with her. Gopi tells everyone that she will always stay with Kokila and cares for her. Will Kokila succeed in bringing Ahem and Gopi together? Keep reading.