Sid consoles Roshni who is worried about Samaira. She talks to Sid about her concern. Sid assures her that they will find her. Roshni makes a plan and takes charge of the situation as Sushila Jasoos by getting into a new look. Roshni’s look as a maid makes Nani laugh, as she is stylish DD’s daughter. This is Roshni’s decision to solve the family problems and DD supports her having no choice. Sid does not like her plan, but Roshni convinces him to rescue Samaira from Baweja’s home, by making the entry as maid. Sid pulls Roshni’s leg and teases her on her looks. On the other hand, he worries for Roshni and asks how can she go alone there and it might turn risky. Roshni calms him saying she will take care and manage.

RV gets some doubt after finding Shikhar with a girl and he assumes there is something amiss. He goes ahead to meet Shikhar at his home. Shikhar comes to know of RV coming to his home to ask him some questions about the girl. Shikhar tells Ishani to hide in the room and do not come out until he asks her to do so. Next, RV comes to Shikhar’s home and asks him about the girl with whom he was last seen. Shikhar gets nervous since he doesn’t want to reveal Ishani’s presence in his home. The upcoming track will be showing Ritika’s inclination for RV. Ritika and RV have some romantic moment after they get under a curtain. While RV does not has any feelings for her, Ritika gets romantically close to him and stuns him. He breaks their moment. Ritika gets to know that Ishani is alive and tries to tell this to RV. Later on, Ritika realizes she loves RV. Will Ritika sacrifice her love and unite RV with Ishani?

Urmila gets angry and asks why did Mansi talk in between family. She gives Mansi a solid slap, which Kokila too could not do. Ahem gets raged and raises his hand on Urmila, but Kokila comes in between and stops Ahem. Urmila hides behind Kokila and cries. Mansi feels humiliated and says she will leave the home. Kokila apologizes to Mansi and still Mansi and Meera leave. Vidya asks Mansi to end her annoyance and gets tensed being stuck between Mansi and Gopi.

Abhi tells Purab that he is feeling some change in him which never happened before and does silly things in the party out of nervousness. Bulbul understands Abhi loves Pragya and provokes him to spend more time with Pragya, afterall she saved his life and has said something else too. Abhi acts normal and says he is not scared of Pragya, she is his wife and calls her by a kiss sound, which shocks Pragya. She runs away from Abhi and Bulbul gets her back and pushes her towards Abhi. Abhi and Pragya both look the best in their light hearted romantic form. Their way towards love and keeping innocence alive makes them lovable to watch. They get closer while dancing.

Durga Prasad reaches Ragini’s home and inks her grandfather’s face black and ruins the name plate. He starts speaking filthy about Sharmishta. Shekhar makes an entry. He is stunned seeing his father’s face blackened and can’t bear to hear ill about Sharmishta’s character. He slaps Durga Prasad in anger and gets beaten up by Durga Prasad’s goons. Sharmishta rushes to save Shekhar and gets hurt too. Ragini and Swara join hands to stop them and call it enough seeing their parents wounded and helpless. They swear infront of everyone to unite their parents.

Soumya fails in cooking task and misbehaves with Dadi, showing some Birla Bahu tantrums before her marriage. Dadi gets stunned seeing her high tone arguments and thinks about her decision to choose her. Soumya later apologizes to Dadi and all things get like before again. Yuvraaj tells Suhani that they need to create more situations to break Dadi and Soumya’s unity and make Dadi realize Soumya is good for nothing, and just a gold digger, greedy woman who does not know what true love is. Later on, Soumya goes to share her annoyance over things with Yuvraaj. Yuvraaj talks with Suhani on the terrace and sees Soumya coming. Yuvraaj hides Suhani and shuts her mouth asking her not to make any sound. They hide from Soumya and Sharad manages the situation and sends Soumya from the terrace. Yuvraaj tells Suhani that he is no way interested in Soumya and is avoiding her, though Soumya feels he loves her. Its good time in the show to see how Yuvraaj settles all scores and gets respect in Suhani’s share.

Titu gives the interview and comes home. Govind is very happy and gives him VIP treatment. Govind thinks Titu passed in interview and dances with him, being proud of him. Titu does not give all right answers and leaves the interview midway by his laziness. He fails in the interview and Panchi cries feeling very sad as her hardwork went in drain. Titu gets a head massage from Golu and does not care for others. Govind scolds Titu and asks him to see Panchi’s efforts and how he has hurt her by letting her down. Titu apologizes to Panchi in his unique style and everyone is touched seeing Titu. Mukund sees everyone favoring Titu and gets angry recalling Govind’s demand of Rs 10000 every month. He scolds Titu and says he does not need to earn like him for living and keeping his wife happily with respect. He then asks Govind about the partiality and Titu’s laziness. Govind is hurt and feels ashamed because of Titu.

Bhairavi meets all the Garudas when she comes to meet Maya along with Rudra. She tells everyone about their real motives, and Rudra is their head. Rudra has come in Garuda form and his aim is to protect Amrit. Bhairavi explains them about the seven Garudas and gives an illustration. Charles is still in disbelief and Bhairavi convinces him. Bhairavi promises Rudra that Maya will be alive and they will save her. Dansh tries to manipulate Shivanand by telling him how he has killed his loved ones. Dansh is sure that he will get all info from Shivanand by breaking him emotionally.

Sanam/Jannat has become a goof friend for Shaad and shares his pain. She writes all his reasons for pain on the balloons and leaves them free in air, to relieve him off all sufferings. Shaad has always been a pain reliever for Jannat and she too gets troubled for him now. Shaad gets emotional sharing about his mum and breaks down. Jannat is touched and helps him out. She got a step closer to Shaad. Shaad feels attached to her with passing time. He knows it will be difficult for him when Jannat gets her memory back. Jannat takes Aahil’s name and Shaad thinks to find out about her past.

Mohit is back and the mystery is out. He has left home six years before in search of Lord and abandoned his family. Mohit has finally come back home as a Sadhu. The family accepts him back and Mohit leaves his spiritual attire. Mohit changes and gets sense after wandering for six years. Emily does not accept him, as he left her and she has raised Pari alone. Everyone explain her to accept Mohit for Pari’s sake. Emily agrees and tells them, that she no longer loves Mohit. Mohit turned very irresponsible, which has made family annoyed for years. Bhabho forgives Mohit. Pari gets very glad seeing Mohit. Mohit apologizes to Emily and Pari. Bhabho tries to unite Mohit and Emily.

Naksh and his best friend Sanju take part in the play as Romeo and Juliet. Sanju is good hearted, but short tempered. They both understand each other very well, while Naksh hides the fact from her that Hindi teacher Akshara is actually his mom. They rehearse for the play and he proposes her. Sanju laughs on him. Akshara comes to them and gets angry seeing them out of the class and timepassing. She scolds Sanju for bunking the class and gives a lecture for discipline. Sanju argues with her and asks Naksh to help her in kicking Akshara out of college. Naksh and Sanju will be soon falling in love. 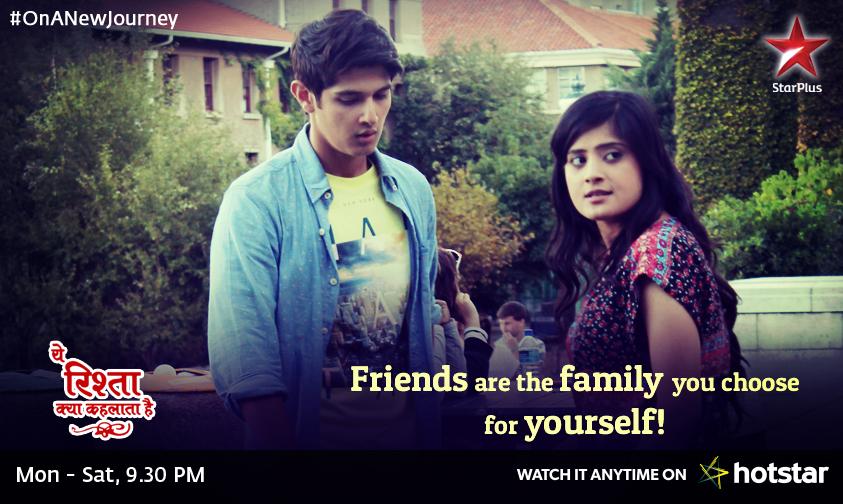 Suhani with help from Agam’s plan gets entry in Ragini’s home and her wish to meet Ragini came true. Suhani took the identity of a fictitious name – Kareena there, and she tricked Pam in believing that she is going to Delhi to meet her friend Kareena. Raj has spoiled Nivedita’s ploy to reveal Suhani’s identity to Ragini via pic, though he doesn’t know who did it but inform the matter to Neil. Neil prepares to find out the person who wants to create  a rift between him & Ragini by revealing Suhani’s identity truth. Later, Neil visits Nishi’s home with Ragini for rituals and carries his responsibility of father. Ragini expects Nishi to handle her own household chores and issues well by herself since she begins new phase in life. Nivedita’s plans are failing at one end and even her engagement plans seem to not work. Raj is consolidating Neil while Pam doesn’t want to enter in wrong books of Neil. How Suhani’s identity truth to get unfolded to Ragini during her stay ?

Click Here to read yesterday TR Roundup Spoilers, if you have missed your favorite show in this post.