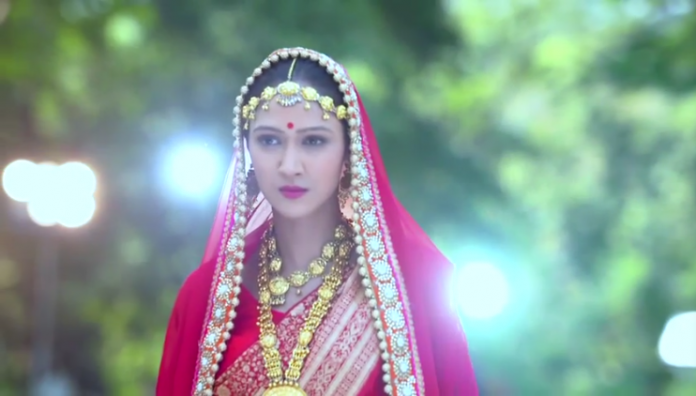 Shivay waits for reports in morning. Soumya collects the reports from the hospital. Soumya gets the reports and is much disappointed. Soumya tells Shivay about the reports. Tia meets doctor along with Shwetlana and Rumi. Doctor tells Tia that he has done as she said. He asks Tia to leave his son. Tia had kidnapped the doctor’s son.

Soumya breaks out to everyone that Shivay is the father of Tia’s child. Shivay and Anika receive a big shock knowing this, while Pinku is much relieved. Tia tells doctor that his son reached his home. Tia, Shwetlana and Rumi release the doctor’s son. They are sure the Oberois got a big shock by seeing reports. Pinky asks Shivay to give his name to the baby now.

Jhanvi realizes the old reports were also true. Shivay accepts the result that he is the father of the child. Tia asks Shivay how can he do the DNA test again. She gains sympathy from Shivay and the family. She asks Shivay how many times will he doubt on her character and hurt her. Shivay apologizes and says I really wanted to re-assure myself. He does not remember anything even now.

Tia asks Shivay how can he refuse to accept his own blood. She makes him feel guilty for his mistake. She says I have tolerated Anika and your marriage, I trust you, but you did not show any trust on me, it’s so much painful that you are not ready to accept our child. Shivay explains her. He accepts its mistake and takes the responsibility of the child. He asks Tia to leave all worries now, as he will take care of you and the child. Anika can’t believe this.

Anika’s slipper breaks. Tia passes taunts on Anika’s bad fate. Anika tells Tia that her slipper is better than Tia, as Tia can never change and does not have any shame. Tia does not care by Anika’s words. She asks Anika how will she win the challenge now. She finds Anika frustrated. Anika says I did not lose yet, I will expose the truth that the baby does not belong to Shivay. Anika knows Tia’s affair and marriage truth. She asks Tia how can she put her husband’s child on Shivay’s head. She warns Tia to be careful as truth will come out. Anika says it’s a fight between a wife and sautan, and wife definitely wins. Tia, Shwetlana and Rumi join hands to ruin Oberois.