Mere Angne Mein: Nimmi and Preeti celebrate with everyone for Riya’s pregnancy. Preeti has new plottings in her mind. Shivam asks them to forget everything. Some months pass and Riya gets close to deliver her child. Amit’s friends advice him to get Rani back home. Amit misses Rani. He thinks Rani will not get convinced. His friend asks Amit to write a love letter and convince Rani. Amit makes Rani write the love story, but Pari fools him by writing bitter things in the letter, so that Rani never returns home. Shanti saves Riya from the fatal fall which would have hurt her child. Shanti asks Riya to be careful about the child.

Pardes:
Raghav realizes Naina’s discomfort in pregnant state. He does not want to punish her child, even if he hates Naina. Raghav gets blackmailed by Armaan, who happens to be Ira’s boyfriend. Raghav welcomes Armaan and his family. Pam makes Raghav do Armaan’s tilak. Armaan uses Raghav’s weakness and threatens him about defaming Ira.

Omkara announces his Roka with Shwetlana. Gauri could not bear the shock, but becomes a silent witness. Omkara tries to make Shwetlana wear shagun bangles, but a rat bites Shwetlana. She gets back and the bangles rolls to Gauri. Gauri picks it and gives to Omkara. Omkara finally makes Shwetlana wear the ancestral bangle. Omkara hurts Tej by his remarks. He makes Shwetlana take Tek’s blessings. Tej angrily leaves. Shwetlana likes Omkara’s surprise and thanks him. She asks Chulbul to stay in Omkara’s room. No one could see Gauri’s tears. Gauri feels a new fight is beginning in her life. She feels sorrowful to see Omkara remarrying. She does not want to become burden on him. She asks Lord to help her. Shwetlana calls Chulbul to spy on Omkara.

Vikram informs Shobha about the security threat. Shobha worries thinking if Siddhant is involved. Siddhant starts his mission to kidnap Rishi and Om, while Vikram and Imaan try to find Siddhant’s plan. Duggal helps them in decoding Siddhant’s motives. Vikram and his team go to catch Siddhant’s helpers. Yusuf attacks on Afreen to kill Siddhant’s child. Afreen reveals to Yusuf that Siddhant is working out the mission secretively, and they may wait for one day to find out the truth. The council saves Afreen from Yusuf, but does not guarantee to give her life the next day. Yusuf is keen to take revenge from Siddhant. 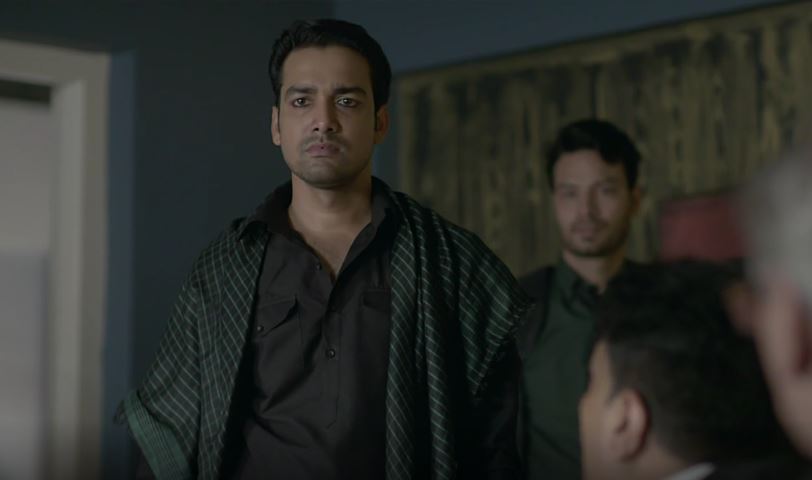 Ishita gets angry seeing Pihu applying makeup. She scolds Pihu for not listening to her. Raman comes for work. Ishita yells on Gulabo for not guiding Pihu well and being irresponsible. She asks Gulabo if she wants to continue the job or not. Raman gets worried. Pihu could not see Ishita scolding Raman, and tells Ishita that its all her fault to get her away from family. She says I feel bored at home and tend to do these days, you got me away from Adi, Ruhi and Raman. Ishita feels hurt by Pihu’s words. Pihu defends Gulabo. Raman explains Pihu that Ishita is doing a lot for children and Pihu should never hurt her. He asks Pihu to go and apologize to Ishita. Pihu apologizes to Ishita and hugs her. Ishita also apologizes to Pihu and Gulabo.