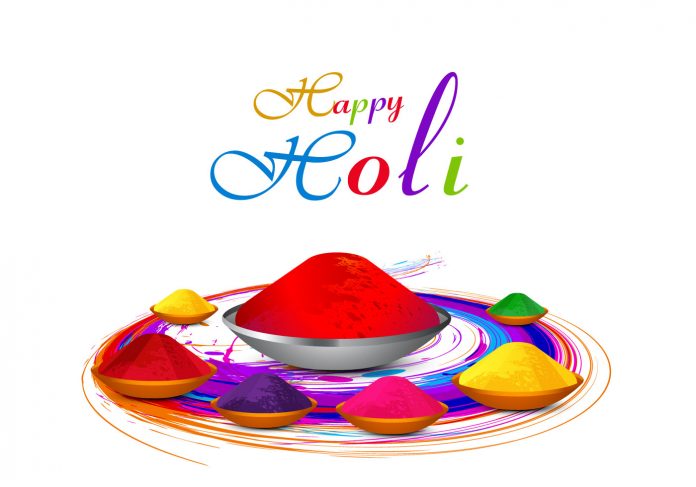 Yeh Hai Mohabbatein:
Raman-Ishita, Romi-Mihika and Adi-Aaliya will be performing in Holi fest. Raman keeps an eye on Mani and is suspicious that Mani is helping Niddhi. Raman and Ishita are together to safeguard family from Niddhi.

Vivaan and Imli play holi. Imli applies holi to him. Their annoyance ends. Vivaan and Imli forget their fights. Imli tries to create romance. She asks him to apply color to her in front of her family. She wants to take Vivaan to the village and make him part of the holi celebrations. The villagers celebrate holi and dance in filmi style. They are not afraid of Bhaiya ji any more. Chakor and Suraj stayed separately and fulfilled Ragini’s condition. The entire village celebrates Holi.

Thapki succeeds to make Bihaan play holi after seven years. She brings Bihaan out of his fears. Bihaan plays holi with the entire family after a long time. Holi Colors fill love in Thapki and Bihaan’s relation. The family members drink thandai and dance on holi songs. Thapki is very happy as Bihaan has become part of the Holi celebrations. Sankara gets angry and mistreats Thapki. She pushes Thapki in the water tub. Bihaan rushes to save Thapki. Sankara’s plan fails, and Bihaan gets more closer to Thapki.

Veer, Rangeela, Shivani and entire family celebrate Holi happily. Everyone celebrate together. There is no Ghulaam and no master during Holi. Rangeela gets respect as Veer. Maldawadi has spiked everyone’s thandai. Everyone obey Maharaj Guru ji and want to welcome a heir in the child. Maharaj ji has spread happiness in Berahampur. Veer gets mesmerized seeing Shivani dancing. She dances in high spirits and falls. Rangeela holds her and they have a romantic moment.

Karan and Naina’s holi turns unexpected. Naina applies holi colors to the kids. Naina plays holi happily. Karan always stayed aloof from Naina. Naina went on shopping for holi colors. She walks near holika dahan structure. She falls down and the wooden sticks fall over her. Karan sees Naina getting hurt and runs to help. Karan holds Naina and protects her.

Rishi asks Tanuja not to apply colors to him. He keeps Tanuja and family away from him. Rishi warns everyone not to come closer. Tanuja does not listen to him. She acts naughty and fools him. He wants to apply color to Tanuja, but does not want any color on him. Tanuja challenges Rishi to apply holi to her. Tanuja throws colors on Rishi and laughs. Tanuja and Rishi have the color of romance. Rishi throws the colored water on Tanuja.