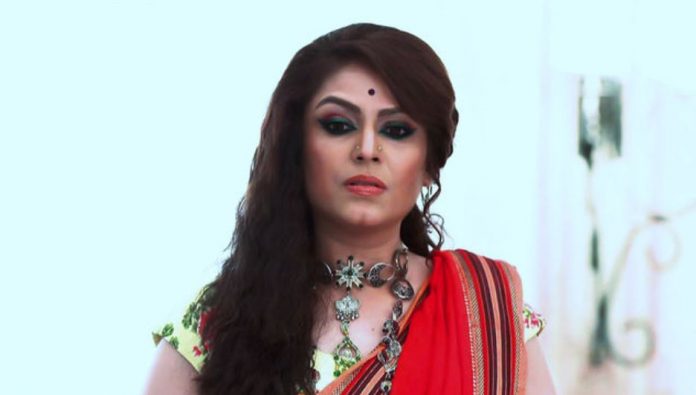 Anika does not want Naintara’s name to get included in the list. Shivay and Anika get close to expose Naintara’s truth. Shivay throws his phone on the floor to make Naintara fall. Naintara slips and falls on the tray. She accidentally breaks the pen, by which everyone’s name were getting included in Oberoi’s kulpatri. Shivay tells everyone that pen has broken and now they can’t write Naintara’s name in kulpatri. He tells pandit that Anika and Gauri’s name got included, so its fine, Naintara’s name can be written later on. Gauri suddenly faints. Omkara holds her and gets worried for her. Gauri acts to faint, so that her name is not written in Kulpatri. Everyone hope Omkara and Gauri’s relation will get fine. Shivay succeeded in his plan, but Omkara could not do anything. Romantic moments between the couples will be seen.
Pinky makes a plan against Anika. She pays money and asks Naintara to act like pushing her downstairs. Naintara agrees to do anything for money.