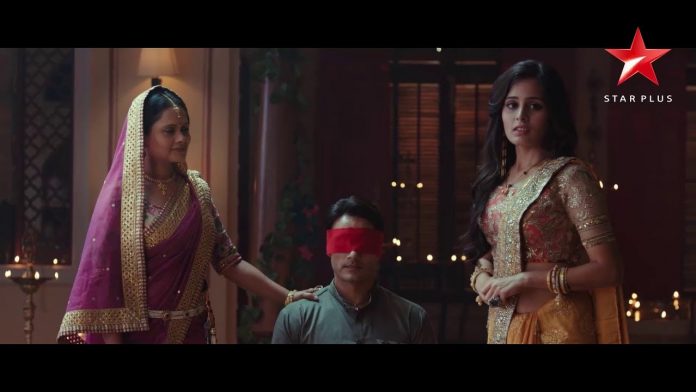 Maasi opposes Kanak. Maasi and Kanak have a bet. They both are trying to get Uma on their sides. Maasi plays this trick to show Kanak that Uma has much trust on Dharm and he will never turn modern minded. She goes to Uma and does acting. She says I can’t see my sister’s pain for long, just the Allopathic medicine can cure her, ayurvedic medicines are not working on her, a neighbor lady told me this medicine is very effective, this can heal her. She asks him to give this new medicine to his mum, once she gets fine, we will not use this again.

Uma tells Maasi that he will not use such medicines, it has many side effects. Maasi knows he is a local Vaid and won’t use any such medicines. He gives reasons for opposing the medicines. Maasi tries hard. She says your mum’s pain can get less by this. Uma leaves. Maasi taunts Kanak and tells her that Uma will never remove his Dharm thinking. She says you have lost. Kanak feels Uma will never agree. Maasi says you can never change Uma, he will always be the same. Kanak will try again and get a win over Maasi’s plannings. Kanak says if my husband is following Dharm blindly, I will show him the right path. Maasi says I have taught him to follow Dharm and rules since his birth, he will give his life but not leave Dharm. She tells Kanak that this is her belief. Kanak has a belief that she can surely change Uma.